Volleyball game like conditioning drills to improve super fast. Not all conditioning is created equal. It's important to learn the best way to develop endurance, strength, and speed for volleyball. 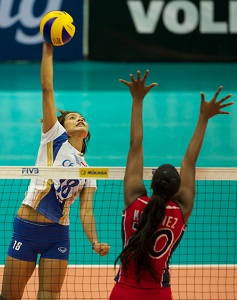 Have you conditioned right to spike?

Energy Systems in a Volleyball Game

The primary energy systems used vary from sport to sport.

The main point here is to be sure you're challenging the right energy systems for a  volleyball game.

Specificity: ...our body reacts specifically to the stimulus we present to it.

There are basically 3 types of energy systems...

Strength athletes are kings of the phosphagen energy system.

Volleyball involves strong explosive movements. You need to be fast to get in position to make plays on defense. To jump high and hit hard, you need to be strong and explosive.

Since athletic movements in volleyball require maximum effort, the phosphagen system is important for volleyball players.

From Essentials of Strength Training & Conditioning (2000)

Training the Phosphagen and Glycolytic Systems for Volleyball

It takes just thousandths of a second for the phosphagen system to kick in.

The phosphagen system is a short duration system. It works for about the first six seconds at full power before completely depleting out by 30 seconds.

It relies on ATP (adenosine tri-phosphate) and CP (creatine phosphate) for fuel rather than oxygen.

Phosphagen can moderately fuel up in 30-60 seconds, but you usually need 3-5 minutes to get back to full capacity.

What energy is your training focused on?

The glycolytic system starts kicking in at around 15 seconds. This system is running on all cylinders by 30 seconds, and then starts to drop off significantly after about a minute.

Glucose is used as a fuel source. Sports drinks such as Gatorade and Powerade provide energy to help fuel this system. The body pulls this fuel directly from the blood and also from the stored glycogen in muscles.

Source of fuel your body needs for volleyball

From Essentials of Strength Training & Conditioning (2000)

The phosphagen system is the system that powers maximum strength. This is the energy system that needs to be trained to improve strength and explosive power for volleyball.

Are you training to be explosive?

For example, a 1 rep max attempt at the back squat doesn't produce the same muscle burn that a set of 10 reps at 80% max does.

Focusing on the glycolytic system will cause the body to become proficient at that system.

This usually negatively affects the performance of the phosphagen system.

So how do we train?

Play in volleyball isn't continuous. On average, rallies last 4 to 6 seconds with 11 to 16 seconds between each rally. The breaks between rallies are good because this rest time allows your body to replenish the phosophagen system.

It's also important to note that the rest breaks aren't long enough to replenish the phosophagen system completely. This means the glycolytic system does need to kick in.

Bottom line: Both the phosphagen and glycolytic systems are used while playing volleyball.

Guidelines for working the phosphagen system...

Most volleyball teams don't have the luxury of working with strength coaches.

Often when a team conditions for volleyball, conditioning is a part of team practice.

The following are tips to improve conditioning at volleyball practice.

To train the phosphagen system, focus on interval training.

Interval training is training in which an athlete alternates between two work intervals.

In conditioning, the activities require different degrees of effort.

The 1)intensity and 2)duration of the work intervals and length of 3)rest periods dictates the training response.

To condition specific to volleyball, create drills that fall into these work:rest ratios.

The following are examples of conditioning drills designed specifically to hit these ranges.

From a coaching perspective, time is a big issue.

Coaches soon realize one of the biggest goals for a coach is creating the most efficient practice possible.

A typical practice may be broken down into something like this... 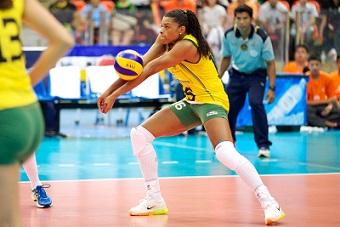 Condition every practice. Especially if you only practice 3 times a week, don't leave out conditioning.

It's a good idea to condition your team every chance you get. Teams that are in better shape have better practices.

Often when a team is playing out of shape, the team loses focus and play becomes sloppy. Conditioning is what keeps a team playing strong throughout practices and tournaments. Often the team that outlasts everyone else is the team that's in better shape.

Attitude is important. You need to have the right attitude about conditioning for volleyball.

Conditioning often gets a bad wrap because coaches often used conditioning as a consequence poor performance.

Conditioning should be fun and not used as a consequence for making errors in practice. 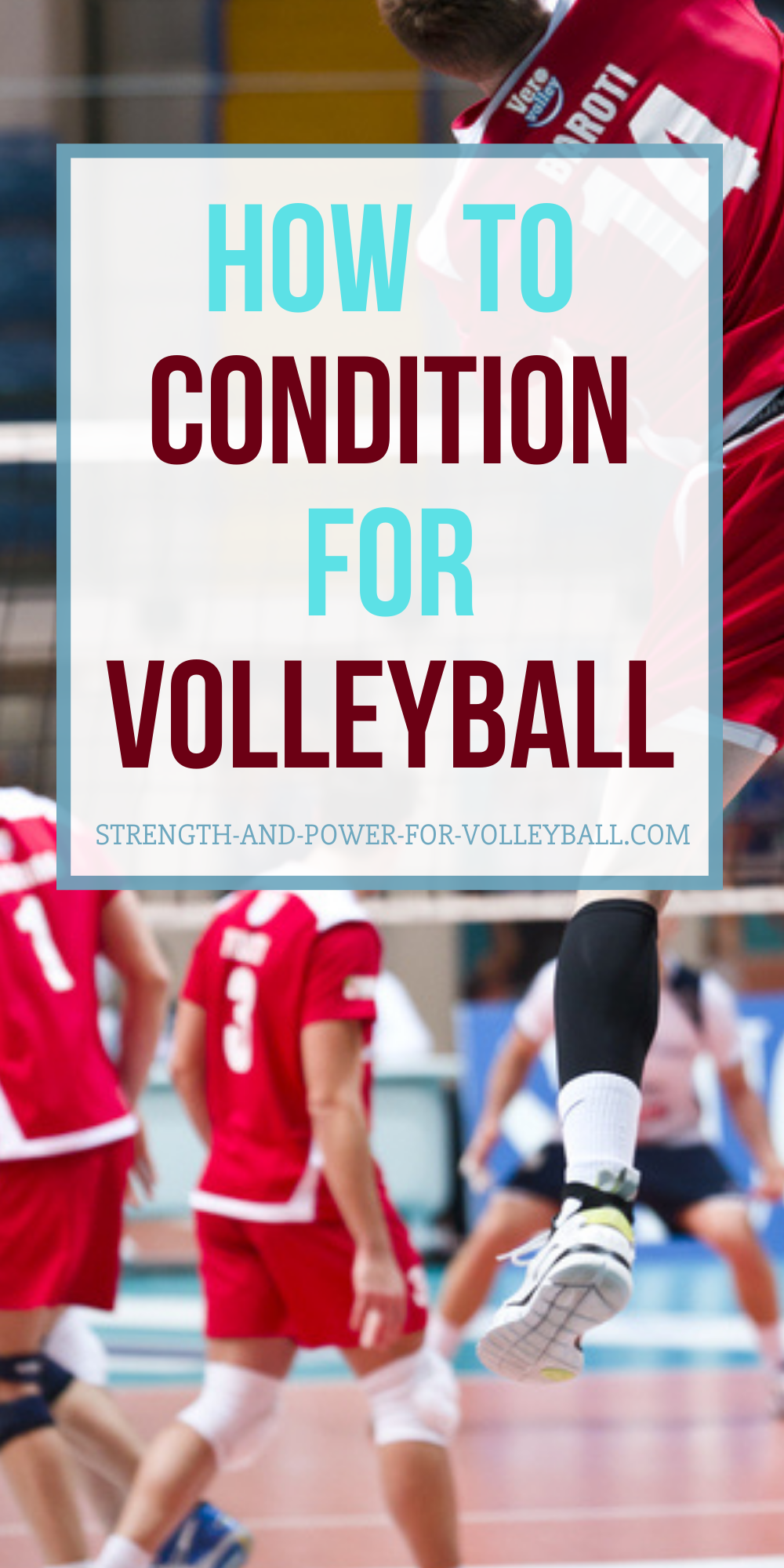