Do you know the volleyball rules for serving?

Executing the serve The volleyball serve must be executed by the player that is in the right back position.

The server must release or toss the ball when executing a serve.

The server is allowed only one toss or release of the ball. A toss only counts if the ball is tossed with the intention of service. I mention this because sometimes part of a players serving routine is to toss or bounce the ball a couple times before they serve. So if they aren't tossing to serve the ball, they're ok as long as the allotted time hasn't yet expired.

The server must release the ball when serving. The server can't hit the ball out of their hand (this is common with underhand serves). The ball must be released. 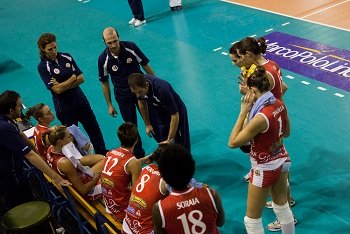 The serve must be executed within the allowed time.

USAV Rule The ball must be hit within 8 seconds of the referees whistle for serve.

USAV Rule for 14 years and younger The ball must be hit within 5 seconds of the referees whistle for serve.

Rules in volleyball limit player playing actions such as, 3 hits to a side, only the front row players can attack the ball when the ball is entirely above the top of the net, the player positioned in right back must execute the serve, etc.

A player on a volleyball team can be designated as libero.

The libero playing actions are much different from other volleyball player actions. For example, the libero can come in the game and take the place of any back row player on the court, but can't ever play across the front row.

Volleyball scoring system A point is scored when...

A playoff game is considered a match and only 1 set shall be played. 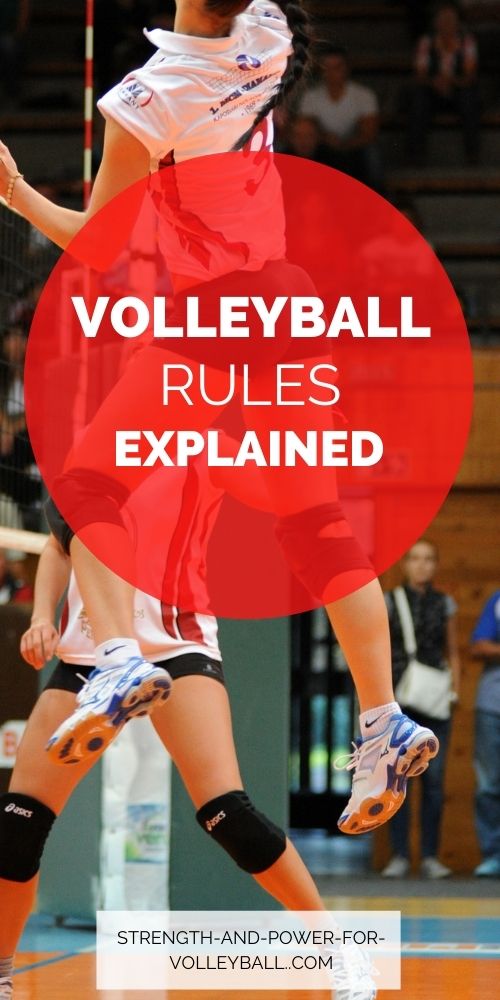 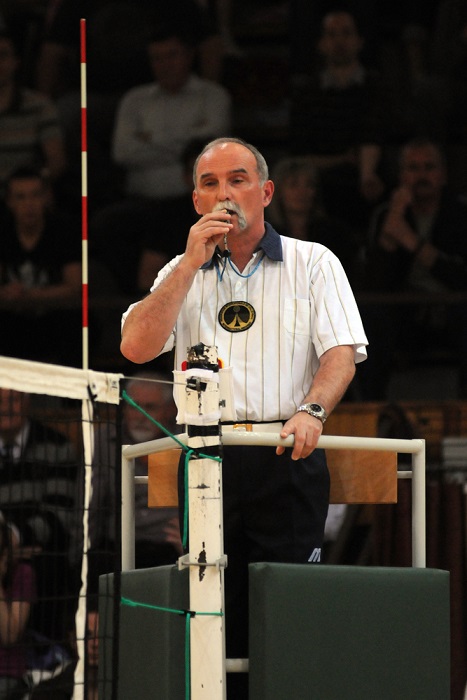 Before the start of a match, the referee conducts a team captains meeting. The referee goes over any ground rules and conducts a coin toss.

At the coin toss, the referee may go over the rules for game interruptions such as the procedures for substitutions and timeouts.

All volleyball participants must know the rules of volleyball. Sanctions may be issued to players, coaches, or other team members for rude conduct or aggressive behavior.

The playing area includes the volleyball court and the playable area that surrounds it.

Zones and Areas of the volleyball court include...

Free Zone The free zone (playable area) should be a minimum of 3 meters or 9 feet 10 inches wide on all sides of the volleyball court. All lines on the court are 2 inches wide.

Attack Line On each side of the court there is an attack line. The attack line extends from sideline to sideline and is placed 3 meters or 9 feet 10 inches from the centerline.

Front Zone The front zone is the area between the centerline and attack line.

The front zone extends beyond the sidelines until the end of the free zone.

Substitution Zone The substitution zone extends from both attack lines up to the scorers table.

Rules for Overlaps
Volleyball rotation rules for understanding overlaps and how teams should line up in serve receive. At the moment of service contact, players of both teams

Official Rules for Reaching Over
Official rules for playing the ball above the net. Game situations for legally reaching over the net and making a play on the ball, blocking

Libero Rules
The volleyball rules for the libero are very different from rules for the players on the rest of the team. The libero...

Rules for Conduct
Rules for volleyball include penalties, expulsions, and disqualifications issued for rude or offensive conduct and aggressive

Rules for interruptions
The rules in volleyball allow many game interruptions and delays such as timeouts, time for injuries, subs, exceptional subs...

New Rules
New rules in volleyball for the 2009 season. New rule changes for highschool and collegiate volleyball. New USAV and FIVB rules for 2009-2010.

USAV Rules for Playing Volleyball
Rules for playing volleyball differ somewhat from USAV and High School. The biggest differences in volleyball rules between USAV and NFHS are