A team is allowed a maximum of 18 substitutions per set (game). Each player is allowed unlimited entries within the team limit.

Starting the set doesn't count as a substitution.

When teams have exhausted their 18 team substitutions or when no legal substitutionsare available, an exceptional substitution is permitted only for an injured/ill player in the following priority:

Unnecessary delay is charged to the offending team when an illegal substitute attempts to enter or is found in the set. 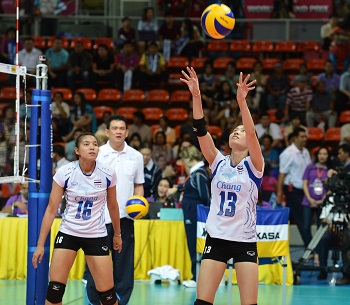 Each team is entitled to 12 substitutions per set. Each player is allowed unlimited entries within the team limit.

If the team requests a 13th substitution, the team is assessed an improper request, and the substitution is denied.

Any number of players may enter the set in each position of the service order. Players re-entering the set must assume the original position in the serving order in relation to other teammates.

The request for a substitute prior to the start of a set is permitted.

After the set begins, substitution requests may be made by either a coach positioned in the bench or warm-up area or the playing captain.

Substitution requests can be made verbally or by using the appropriate hand signal.

If an incoming substitute enters the substitution zone, the action is considered to be a substitution request by a coach. No further action by a coach or captain is required. 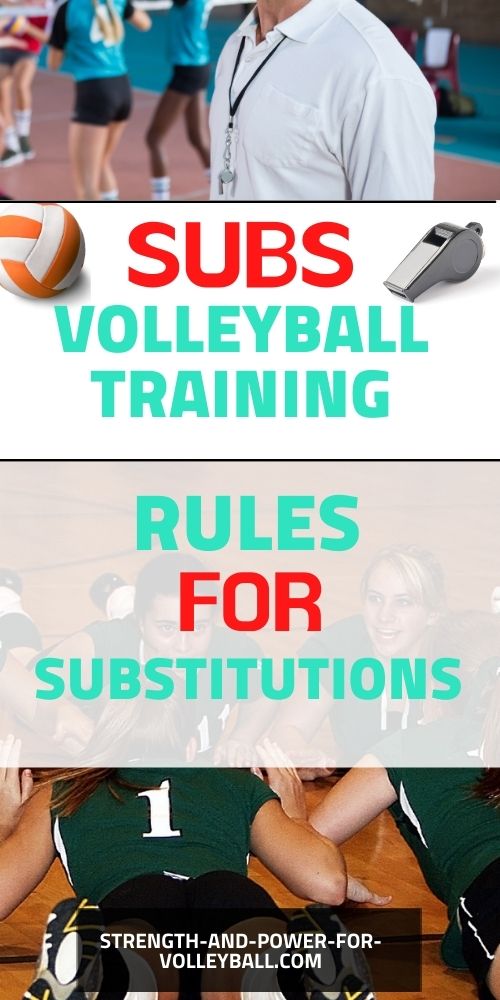 Twelve substitutions are the maximum permitted per team per set. Substitution of one or more players is permitted at the same time.

A player in the starting line-up may leave the set and re-enter, but only in his/her previous position in the line-up.

A substitute may enter a set in the position of the stating line-up.

Unlimited individual entries by a substitute within the team's allowable 12 substitutions are permitted. Each entry must be to the same position in the line-up.

More than one substitute may enter the set in each position.

The sanction for a wrong position entry request is an improper request.

An injured player (except the libero) who cannot continue playing should be substituted legally. If this is not possible, the team is entitle to make an exceptional substitution.

Libero volleyball rules are fairly consistent for each organization.