Online volleyball games that are the most popular are Dead or Alive Extreme Beach, Slime, Outlaw, and Boom Boom.

Dead or Alive released for XBOX. This is probably the most popular of all volleyball computer games.

Zack uses his winnings to try his luck at a casino, wins even more money and ends up buying an island to turn into a resort.

Don't expect the volleyball in this game to be challenging.

Zack brings in the girls from Dead or Alive to the island. The girls then find themselves with nothing better to do than sunbathe, play volleyball and gamble, which is not a bad point for you, the 'player', to join in the fun.

What we have here is a simplistic, two-button system that, whilst performing decently enough, leaves room for improvement. The Xbox controller's analog buttons come into play, with two levels of input allowing a versatile range of serves, spikes, passes, feints and blocks, when combined with different analog stick inputs. 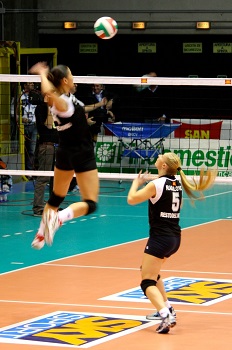 Slime Volleyball is a computer game you can play inside a web browser such as Internet Explorer or Mozilla Firefox.

The object of the game is to score points by hitting the ball over the net to the ground so your opponent can't make a play on it.

The first player to six points wins. After you win, you will face another opponent. There are five opponents to defeat and a new high score to conquer.

The aim is to get the bomb on the opposing players floor reducing their boom boom resistance.

If you hit the bomb over three times, the bomb will blow up on your head.

This computer game can easily be played in a web browser.

Simply use your keyboard to do maneuvers such as jumping, spiking, and sprinting.

Outlaw Volleyball is a video game based on the sport of volleyball.

It was originally published for Xbox and included a sampler CD of tunes by cover band Diffuser.

It was later ported to PlayStation 2 with two new courts and a handful of additional player costumes, accessories, etc. under the title Outlaw Volleyball Remixed.

Sixteen characters are available in this game.

The game features Steve Carell as the announcer. 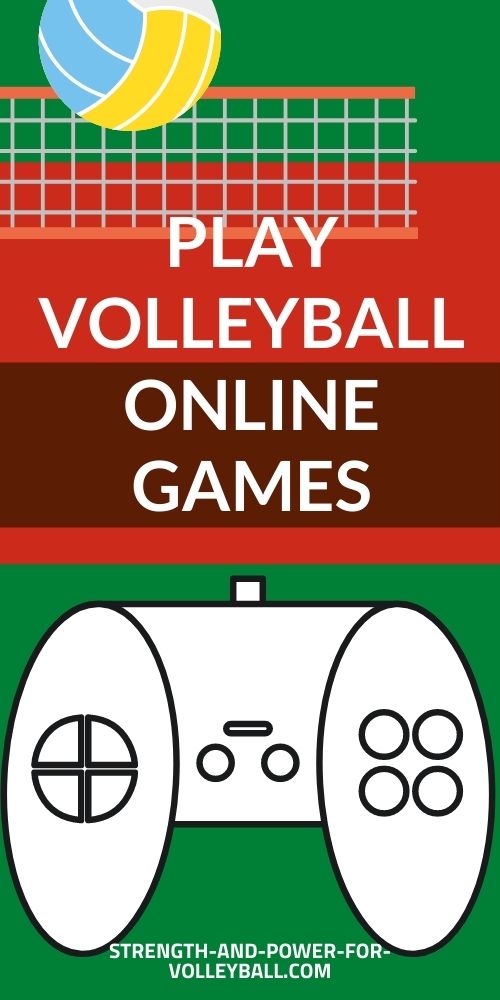 Dead or Alive Volleyball
Dead or alive volleyball game review, and instructions for how to play. Taking place on Zac Island, Dead or Alive Extreme Beach Volleyball is...

Slime Volleyball
Slime volleyball is a volleyball game. If you are playing a one player game, then you are the player on the left. Win points by making the ball land on your opponent's side of the court.

Boom Boom Volleyball
Boom boom volleyball is a computer game you can play in your web browser.

Outlaw Volleyball
Outlaw Volleyball is a popular game played on XBOX. This game has outrageous humor and fantastic game play. These scantily-clad troublemakers bring their famous vibe to the courts as they set, spike, and throw punches on their way to victory.