The basic rules of volleyball allow for regular game interruptions such as player substitutions and time-outs.

Interruptions may be requested by either the playing captain or coach. The request is made by showing the corresponding hand signal after the ball is whistled out of play before the whistle for the next serve.

Sequence of Interruptions - Basic Rules of Volleyball If a substitution is requested before the start of a set, it should be permitted and recorded as a regular substitution in that set.

However, a team may not make consecutive requests for player substitutions during the same interruption.

A subsequent request by the same team during the same interruption will result in an improper request.

Time Outs - Basic Rules of Volleyball All time-outs that are requested last 30 seconds.

During time-outs the players in the game must go to the free zone near their bench.

Players may remain on the court or go to the free zone near their team bench.

Any team member listed on the roster may participate in the time-out.

Coaches and non-playing team members may not enter the court.

Referees may direct teams to move to the free zone near their team bench for administrative purposes.

Teams may return to the court when permitted by the referees.

A substitution requires the referees authorization A substitution is the act by which a player, after being recorded by the scorer, enters the game for another player. The substitute occupies the position of the player they are replacing who must then leave the court.

Limitations of Substitutes - Rules in Volleyball One or more players may be substituted at the same time. 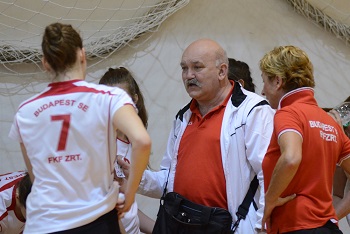 An injured player, except the libero, who can't continue playing, should be substituted legally. If this is not possible the team is entitled to make an exceptional substitution.

An exceptional substitution means that any player that isn't on the court at the time of the injury, except the libero or his/her replacement player, may substitute into the game for the injured player.

The substituted injured player isn't allowed to re-enter the match.

An exceptional sub can't be counted in any case as a normal substitution.

Order of Priority for the Exceptional Substitution...

Special three minute time-out situation - Basic Rules of Volleyball If the injured player is unable to play and a legal or exceptional substitution can't be made, the referee must grant a special time-out of up to three minutes.

No player may be granted more than one three minute injury time-out during a match. If a player becomes injured to the extent that a second three minute time-out would be required, the team is declared "incomplete".

Substitution for Expulsion or Disqualification An expelled or disqualified player must be substituted through a legal substitution. If this is not possible, the team is declared "incomplete".

Substitution rules state that a substitution is illegal if it exceeds the "Limitations of Substitutes" described above.

The following substitutes are illegal:

If an illegal sub has been made, and play has resumed, the following procedure shall apply The team is penalized with a loss of rally and the substitution is rectified.

Substitution Procedures - Rules in Volleyball Substitutions must be carried out within the substitution zone.

The substitution shall last only the time needed for recording the sub on the scoresheet, and allowing the entry and exiting of players.

It is improper to request an interruption:

The first improper request in the match that doesn't affect or delay the game shall be rejected without any other consequences.

If a change in request is due to a referees mind change, the request will be honored and no sanction given.

A repeated improper request in the match constitutes a delay.

An improper request includes a player substitution that would result in a wrong position entry.

Improper requests remain enforce for the duration of the match.

Types of Delays - Basic Rules of Volleyball An improper action of a team that defers resumption of the game is a delay and includes:

A delay in substitution results in refusing request for the substitution. No additional substitution requests from that team may be made until the next interval when the ball is out of play.

Delay sanctions remain in force for the entire match.

All delay sanctions are recorded on the scoresheet.

The first delay in a match by a team member is sanctioned with a "delay warning".

The second and subsequent delays of any type by any member of the same team in the same match constitute a fault and are sanctioned with a "delay penalty" - loss of rally.

Delay sanctions imposed before or between sets are applied in the following set.

Injury - Basic Rules of Volleyball If a serious injury was to happen while the ball is in play, the referee must stop play immediately and permit medical assistance to enter the court. The rally is then replayed.

If an injured player can't be substituted legally or exceptionally, the player is given a three minute recovery time, but not more than once for the same player in the same match. If the player doesn't recover, the team is declared "incomplete".

External Interference - Basic Rules of Volleyball If there's any external interference during the game, play is stopped and the rally is replayed.

Prolonged Interruptions - Basic Rules of Volleyball If unforeseen circumstances interrupt the match, the referee, organizer, and control committee decide the measures to be taken to re-establish normal playing conditions.

If one or several interruptions occur, not exceeding more than 4 hours in total length:

Intervals and Change of Courts

During this time period, change of courts and line-up registrations of the teams on the scoresheet are made.

Change of Courts - Basic Rules of Volleyball After each set, the teams change courts with the exception of the deciding set.

In the deciding set, once a team reaches 8 points, the teams change courts without delay and the player positions remain the same.

If the change doesn't take place once the 8 points is reached, the change will take place as soon as it's noticed. The score at the time the change is made remains the same. 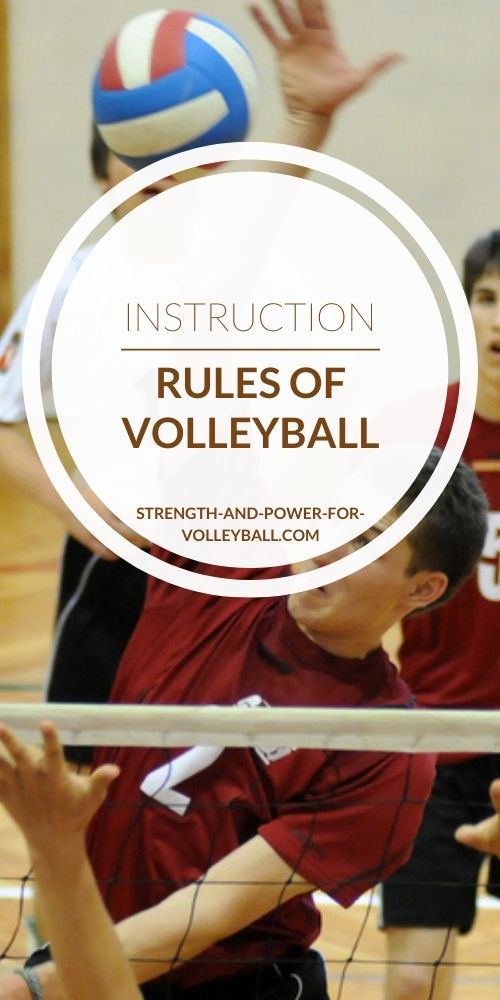 Rules for the Libero