Volleyball rule changes for the 2021 volleyball season. Also, the differences in rules among USAV, NFHS, NCAA, and FIVB.

This is a summary of the new rules for USAV effective 2019 through the 2021 season.

Jewelry may be worn provided it's nature doesn't created a concern for safety. In NCAA and NFHS, jewelry still isn't allowed to be worn.

Line judges may call the touches of "out" balls by either team. In the past, it was only the touched ball that crossed the net that the line judge was suppose to signal. Now, the line judge can make a signal on any ball that is "touched" and lands "out."

The 2nd referee checking the line up before a set is a courtesy. It is a responsibility of the coach or captain of the team to make sure the team maintains the correct service order.

When a referee incorrectly informs a coach or captain the number of subs or timeouts, but then later discovers the information is inaccurate and corrects it, the team has no basis for protest because teams also have the responsibility to maintain correct records team subs and timeouts.

I hope it doesn't drive you too crazy when you see all of these volleyball rule changes.

Here are some of the biggest differences among the NCAA/USA VOLLEYBALL/NFHS organizations.

One of the biggest differences is the rule for when a player touches the net. For the NCAA, players can basically touch anything outside the antenna. This includes ropes or cables and any other object outside the antennae. This also includes the touching the net outside the antennae provided that it does not interfere with play or is not used as a means of support while making a play on the ball.

For USAV, the rule is much different. In USAV, a players may touch the post, ropes, or any other object outside the antennae. This is including the net, providing that this contact with the net does not interfere with play.

For NFHS, contacting the net or net cables at any time is not allowed. It's also a net violation if there is a dangerous contact with the referee platform or the player gains an advantage from making contact with the platform. 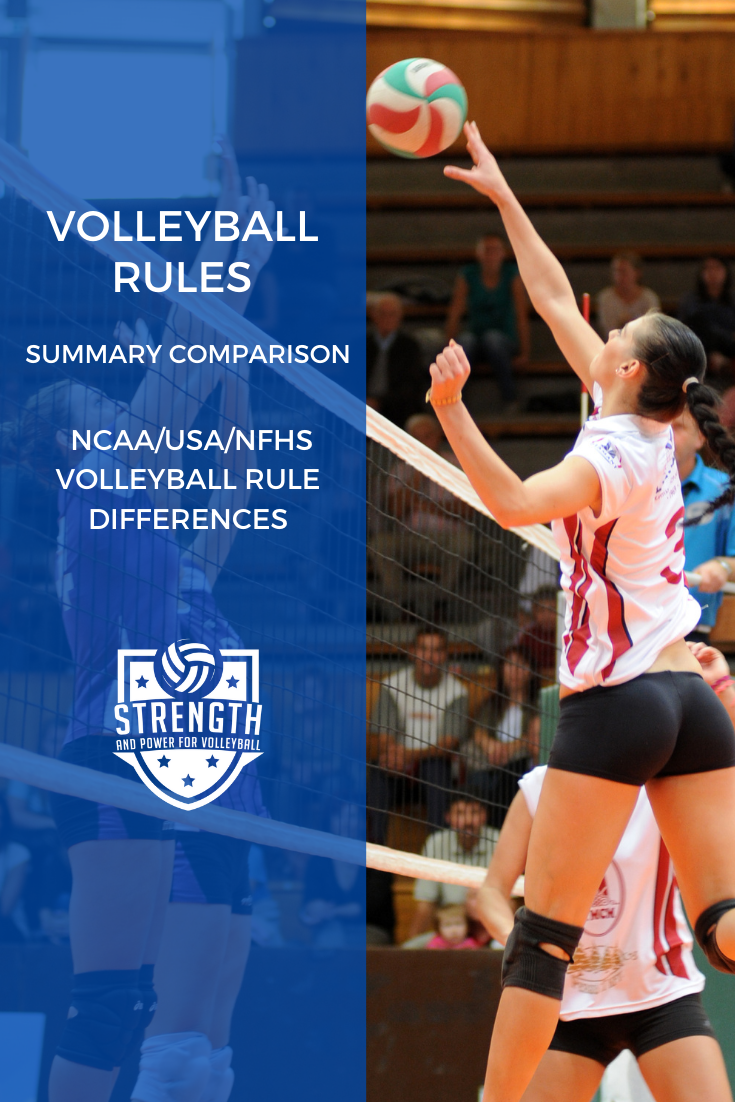 Another big difference is centerline rule. This was one of the significant volleyball rule changes a few years back.

For USAV and NCAA, the centerline rule is almost the same. A player can touch opponent’s court with hands or feet, only if some part is on or above the center line. A players may also touch the opponent’s court with an entire foot or hand or any other body part(s), provided this playing action does not present a safety hazard, does not interfere with the opponent play, and some part of the players body is on or over the center line.

For NFHS, a player can touch opponent’s court with feet or hands only when some part of the extremity is on or above the center line. It is a violation to contact the ground across the center line with any other part of the body.

Another difference is the line judge position during timeouts.

For NCAA, both line judges take a position straddling the second hash mark of the attack line extension. For USAV, the line judges move to the mid-point of each end line.

For NFHS, it's the same as the NCAA.

A difference that many people won't ever notice is the signal for 3rd and 4th team contact by same player.

Here's a rule you may not know about. You may think this is one of the volleyball rule changes, but it's not. Many people believe there isn't a situation where a player can legally attack the serve (with the ball entirely above the top of the net). There actually is a situation. 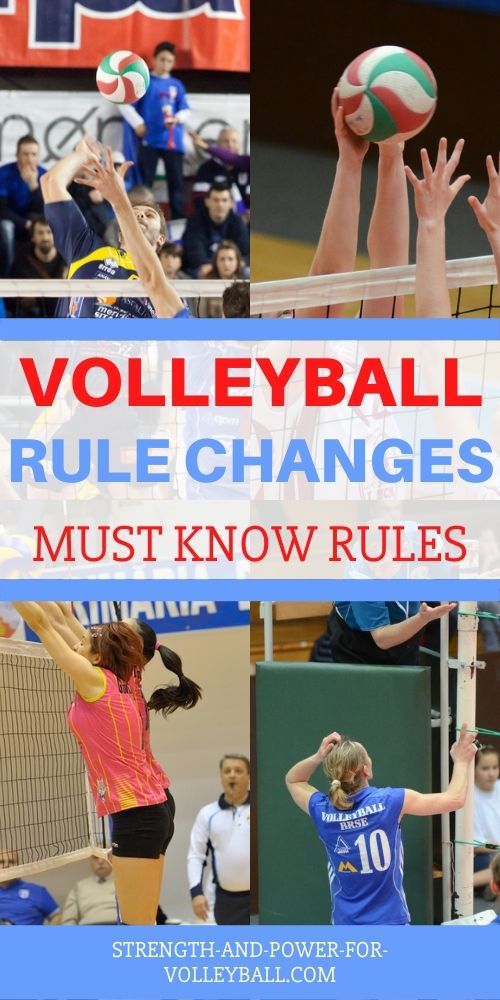