Ball "In"
In the rules of beach volleyball, the ball is in when it touches the ground of the playing court, including the boundary lines. 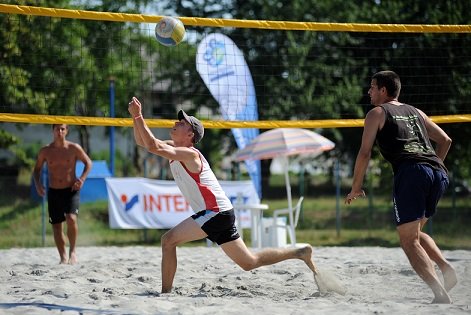 Rules of Beach Volleyball for Playing the Ball

For doubles: The block does count as a team contact, and either player can make the next contact after the block.

For fours and sixes: The block does not count as a team contact, and any player can make the first contact after the block.

Assisted Hit
A player is not permitted to take support from a teammate in order to play a ball. However, if a player is about to commit a fault, they can be held back by a teammate.

Faults in Contacting the Ball

Rules of Beach Volleyball for Plays at the Net

Crossing into the Opponents Court
A player may enter their opponent's court to play a ball that is headed towards the opponent crossing under the net provided that the ball hasn't yet completely crossed under the net when making contact with the ball.

Pursuit Rule
A player may pursue a ball that crosses the vertical plane of the net, provided that:

The opponents may not prevent an opponent from pursuing such a ball.

Ball in the Net

Reaching Over the Net
When blocking, a player may reach over the net and touch the ball provided:

Penetrating into Opponents Side
Player may enter opponent's space, court, or free zone provided they don't interfere with play.

Rules of Beach Volleyball for Serving

The serve is the action of putting the ball in play by a server. The serve must be executed by contacting the ball with one hand or arm.

Executing Serve
At the moment of contacting the ball to serve or at ground take off for a jump serve, the server must not touch the court, end line, or ground outside the service zone.

Rules of Beach Volleyball for Attacking

Attacking
All actions of directing the ball towards the opponent, except serving and blocking, are attack hits.

Rules of Beach Volleyball for Blocking 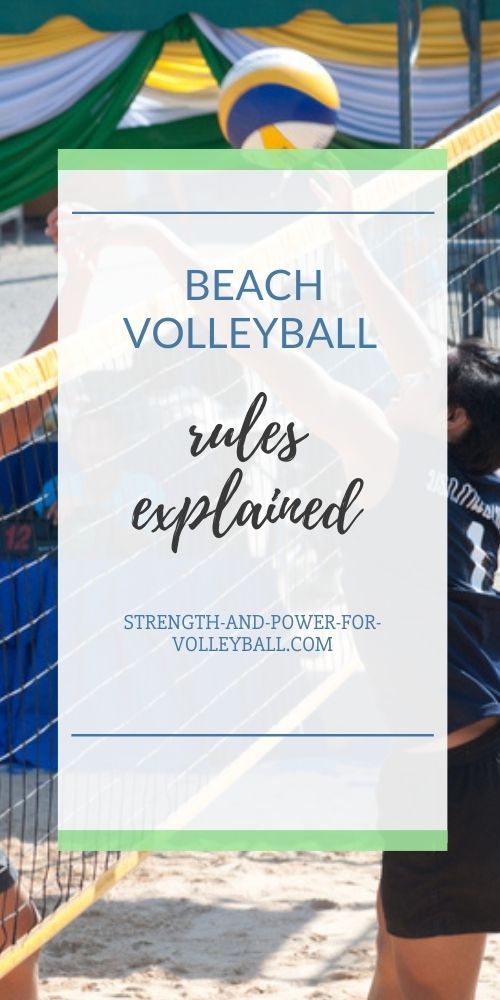