Volleyball rules and regulations. Rules for conduct of players, coaches, and fans.

Referees Decisions
Participants must accept referees decisions with sportsmanlike conduct, and not dispute them. In case of doubt, clarification may be requested only through the game captain.

Participants must refrain from actions or attitudes aimed at influencing the decisions of the referees or covering up faults committed by their team.

Participants must know the Official Volleyball Rules and abide by them.

Fair Play
Participants must behave respectfully and courteously in the spirit of FAIR PLAY not only toward the referees, but also toward other officials, officiating crew, opponents, and spectators.

Communication between team members during the match is permitted. 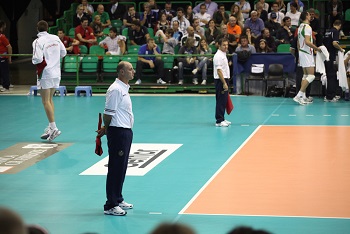 Minor Misconduct
Minor misconduct offenses arent subject to sanctions. It is the first referees duty to prevent the teams from approaching the sanctioning level by issuing a verbal or hand signal warning. The warning should be given to the team member through the team captain. This warning is not a sanction and has no immediate consequences. This warning should not be recorded on the scoresheet.

Misconduct Leading to Sanctions
Incorrect conduct by a team member towards officials, opponents, teammates, or spectators is classified in three categories according to the seriousness of the offense

Sanction Scale - Volleyball Rules
According to the judgment of the first referee and depending on the seriousness of the offense, the sanctions to be applied and recorded on the scoresheet are

Application of Misconduct Sanctions - Volleyball Rules
All misconduct sanctions are individual sanctions, remain in force for the entire match and are recorded on the scoresheet.

Expulsion or disqualification due to offensive conduct or aggression doesnt require a previous sanction.

Misconduct Before and Between Sets - Volleyball Rules
Any misconduct before or between sets is sanctioned according to the sanction scale and apply in the following set. 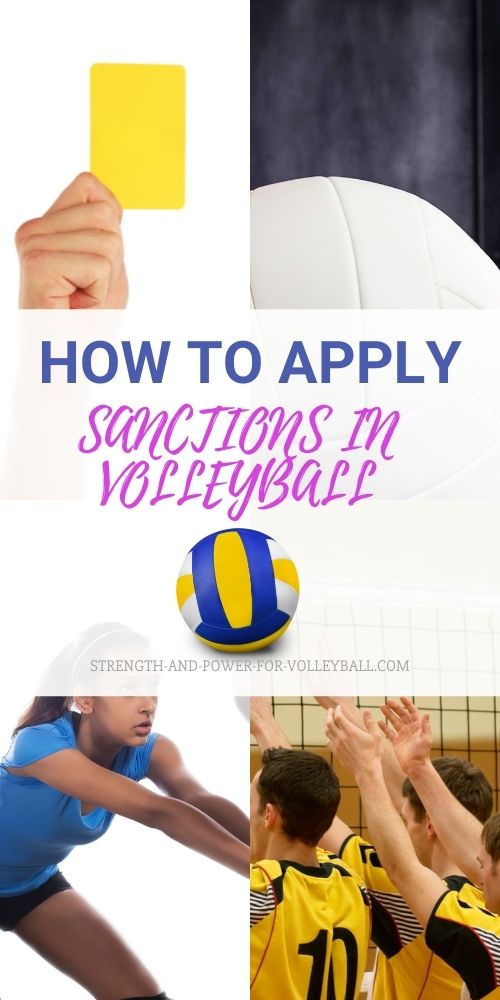