Here are 4 ways to help your team become stronger mentally.

Reframe the context. Your athletes need to realize struggle isn't always a bad thing. A good athlete knows that every problem helps to build strength and helps them get better at what they are doing.

Communicate often. Make sure your volleyball team feels free to communicate. When they come up against obstacles, encourage your athletes to speak up. This may involve getting advice from the coach or brainstorming with a teammate who can help them. Conversely, if you spot a teammate struggling, make it clear to them that you’re available to help.

Set Goals. As a volleyball coach, you need to give your athletes something to strive for. Often, when athletes are faced with a challenge, they will step up their game. By encouraging athletes to reach forward out of their comfort zone, you’re instilling a sense of confidence, autonomy, and ownership. Sometimes just demonstrating trust in their skills is incentive enough to help athletes move forward.

Build Trust. Creating a supportive relationship between management and employees is critical to building mental toughness. When your employees know that you have their back, they won’t get discouraged when the going gets rough. You need a support system within the team. Having supports help players maintain confidence in their abilities that will carry them through tough situations without negatively impacting progress.

What sets elite athletes apart from the rest?

Mental toughness is definitely a huge factor. Athletes who are mentally tough possess the ability to fight through adversity. They have the ability to keep the emotions in check and quiet the voice inside their head telling them they can't succeed. The mentally tough are able to go beyond the mental limitations that ordinary people can't get past.

Perhaps the most common trait is the ability to control performance regardless of external forces. These mentally tough athletes possess a belief that can't shake their performance. This allows them to be unaffected by the competition. In their head they are focusing on themselves and not the opponent. They will still play their best because they aren't giving mental power to their opponents. Also, instead of losing their focus after a bad call from the referee, a mentally tough athlete can keep their cool and focus on the next play. No matter what, the mentally tough athlete will feel and act as if they have control over the outcome of the situation.

Commitment basically means the athlete will follow through and complete what they set out to do without letting the mood affect things. For a volleyball player, an example of commitment would be something like focusing at volleyball practice, being consistent in skills training, working out in the off-season, or arriving to volleyball practice on time every day even when he or she doesn’t feel like it. However, getting to practice is only half of it. Commitment is just as much mental as it is physical. The athlete doesn't just need to show up to practice. Commitment means maintaining a high level of focus throughout. By remaining committed and focused, an athlete will consistently make progress. They make themselves better every day through the pursuit to stay consistent and committed.

Self-confidence is the key to being in control and having the desire for the challenge. You got to have self-belief. How could you challenge yourself to compete with the best if you do not believe you can succeed? An athlete that doesn't believe in their ability wants to play an opponent who is weaker because they don’t have the confidence they need to succeed. They can't stand the thought of losing. By having high self-confidence, the tough athlete will constantly improve because they are constantly challenging themselves. A strong self-belief will also allow the athlete to compete at their best no matter what everyone else is doing.

No performance will ever be perfect. There are going to be ups and downs. It's guaranteed. How does an athlete handle themselves when times are rough? They must persist. Instead of backing off in the face of adversity, the mentally tough athlete faces it head on. When they experience a mistake or break under pressure, do they lose their focus and give up? No. A mentally tough athlete will rebound in order to become better.

The key is believing you have control. Mentally tough athletes will always believe that they control their destiny. These athletes know performance is always dependent on themselves and external factors do not matter. You must believe you have the power to overcome any situation. Always look to challenge yourself. By staying motivated and committed, you have an opportunity to become mentally tough and continue to grow as a person and as an athlete. 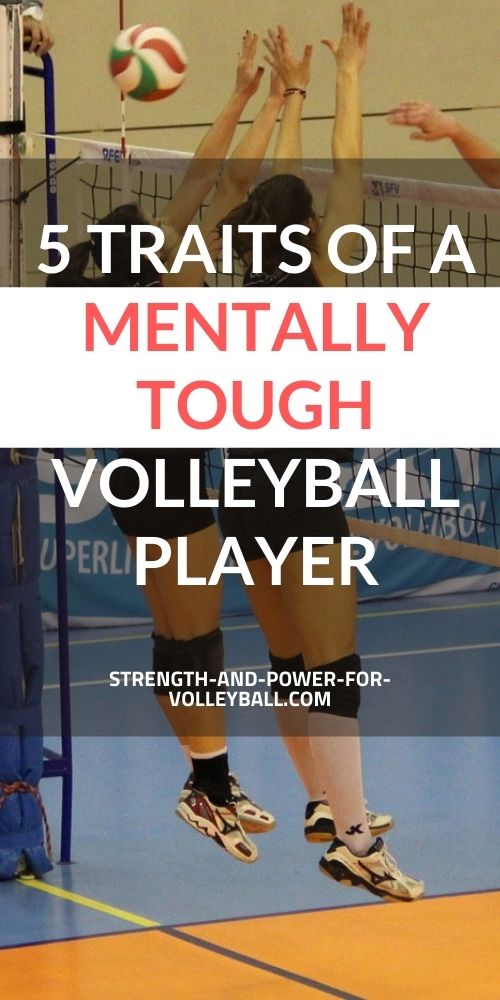