The following are tactics in volleyball. There are all kinds of tactics that you can do to put your team in a position to win the point.

If a team prefers to pass the ball using overhead finger action, then serve them short because a short serve can’t be taking overhead.

If you know the opponent is going to try to run a slide, then serve the ball into the lane the middle hitter will take the slide approach. You could also serve this ball short to zone two to force the setter to make an uncomfortable set.

There are many tactics for attacking. When the opponent is playing perimeter defense, tip the ball to the middle of the court. If your setter plays across the front row, rather than setting one of the other two front row attackers, the setter could attack the 2nd ball. The best teams design plays. If you’re opponent is slower at the net blocking, run a faster play. A quick set to the middle or shoot to the outside will make it difficult for the opponent to get in position to block.

There are many tactics for defense. There are defensive systems such as man up, perimeter, and rotational. Man up is when you have a player that plays defensive behind the block ready for tips. Perimeter defense is when you have all the defenders defending near the sidelines. Rotational defense is when you have the middle back defender rotate to the sideline as the outside attacker is about to attack the ball. The key with defensive strategies is having your team get a lot of experience practicing one system. If you try to get good at all of them, you will likely not become good at any of them.

How do you know what tactics to use?

If you’re unsure of what tactic you should focus on, you need to consider two things.

Think about what your team is good at. What do you like to do? Also, consider what your opponent’s tendencies are. This is why it’s important to scout your opponent. If you watch and analyze your opponent before the match, you can prepare a strategy for how you want to play them.

Blocking in volleyball can be very difficult. Play at the net comes really fast and the blocker needs to make decisions really quickly.

Two things are critical for success at blocking.

Learn the technique for blocking. Then you must practice at timing the block.

A few tactics for blocking include… 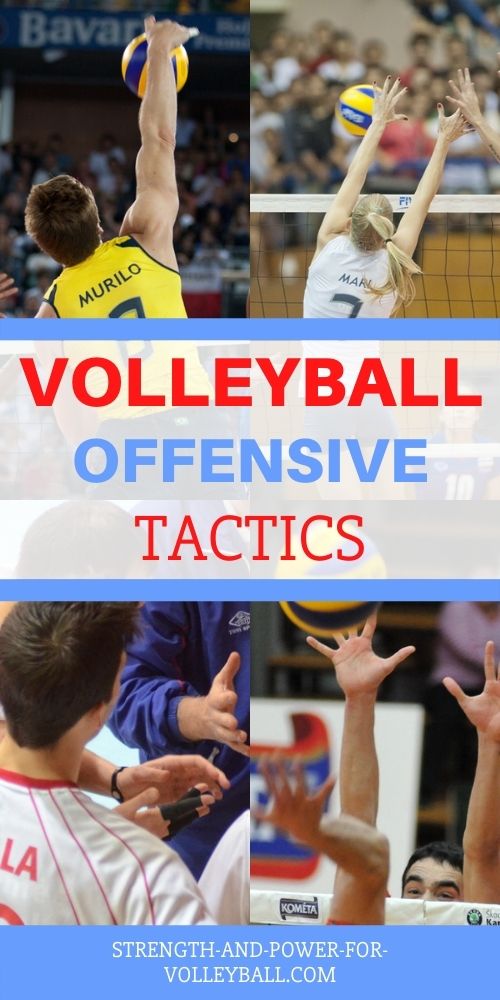