What are the Volleyball Calls?

Learn about volleyball calls made by referees.

The follow are the most common hand signals you see in volleyball.

The referee moves the hand across the chest to signal the player to serve the ball.

Team Gets the Ball

The referee extends the arm to the side of the team that will serve.

To signal a timeout, place the palm of one hand over the fingers of the other. This forms a T. Then point with the hand in the direction of the team that is charged the timeout.

Make circular motion of the forearms around each other.

End of Set or Match

Cross the forearms in front of the chest with the hands open.

Ball Not Tossed or Released at the Service Hit

Extend the arm forward and lift up with the palm facing upward.

Raise the hand up signal 8 fingers.

Raise both arms up, hold in a vertical position with palms forward.

Make a circular motion with the forefinger.

Point the arm or fingers toward the floor.

Raise both arms up, elbows to 90-degree angle, with forearms parallel torso. Palms are facing the body with no space between fingers.

To signal a caught or thrown ball, slowly lift the forearm, palm of the hand is facing upward.

To signal a double contact, raise two fingers and spread them apart to signal two hits.

Illegal Touching of the Net

Reach out and touch the net with the hand, indicating which side was in the net.

Reaching Beyond the Net

Place a hand above the net, palm facing downward.

Raise the arm up vertically, then make a downward motion with the forearm while keeping the hand open.

Point the centerline with the index finger.

Place hand in front of you, palm facing you, then brush fingers of the opposite hand once over the palm that’s vertical.

Point the flag down.

Raise the flag up vertically.

Point flag up and touch the top of the flag with the palm of the free hand.

Ball Crosses the Net Outside the Crossing Space

Impossible to Make the Call

Raise and cross both arms and hands in front of the chest.

What is an illegal hit in volleyball called?

Illegal hits are either multiple contacts or caught or thrown ball.

The ball can’t roll on the body. Rolling is contacting multiple body parts. Double hits are legal on the first team contact provided the contact is made during a single attempt to play the ball. Two attempts by the same player in succession is illegal.

Can a libero Spike?

The Libero may serve, but cannot block or attempt to block. The Libero may not spike a ball from anywhere if at the moment of contact the ball is entirely higher than the top of the net. The ball may be freely attacked if the Libero sets the ball with finger action from behind the ten-foot line.

What does 2 fingers mean in volleyball? 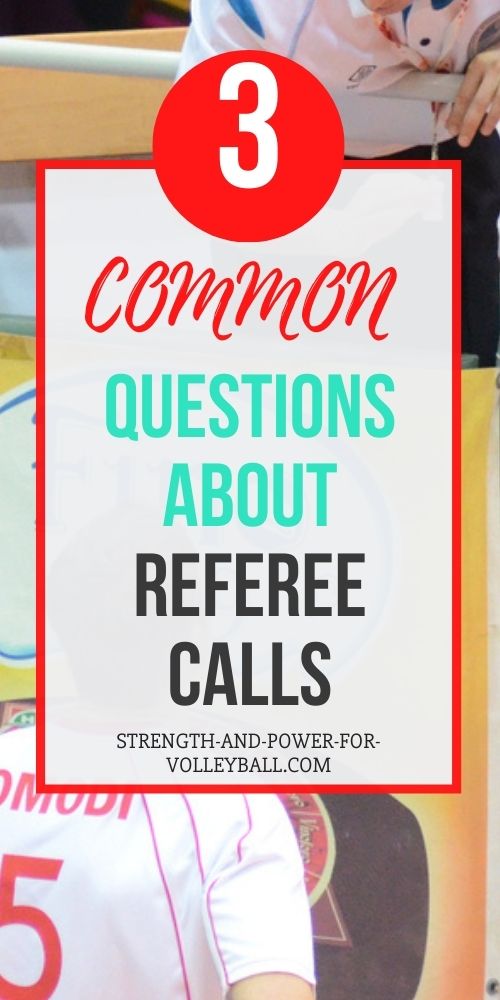