The following are some volleyball game rules for beginner players. Learn these basic rules and strategies for how to play.

The game of volleyball is played by two teams, six on each team. The teams are separated by a net. The teams compete with one another using an inflated ball.

How the Game is played

One team serves the ball over the net to the other team with the intention of placing the ball into the opponents court. The receiving team attempts to return the ball back over the net to place it back in the serving teams court. 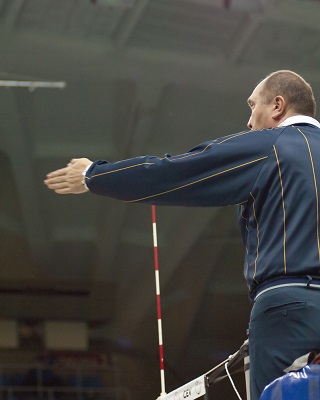 The Center Line
The center line extends from sideline to sideline underneath the net. The center line separates the courts playing area into two equal halves, each 30 by 30 feet.

Attack Lines
The attack lines (3 meter line, attack line, or 10 foot line) are the lines placed 3 meters from the centerline of the court. The attack line extends from sideline to sideline.

Out of Bounds
According to the volleyball game rules, the ball is out of bounds if it touches 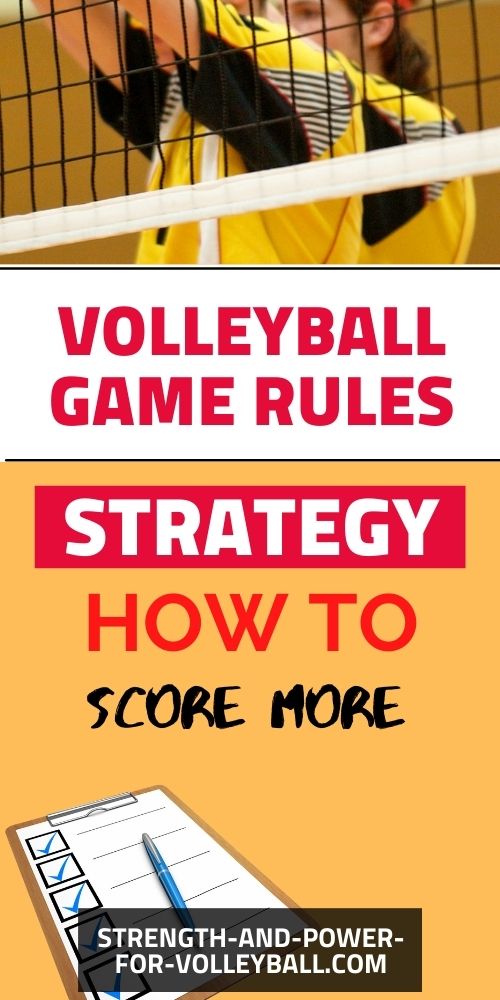 Net Antennas
Antennas are attached to the net inline with the outside edge of the sideline. Antennas extend upward at least 2 and half feet but no more than 3 and a half feet above the net. Antennas should be fasten securely to the bottom and top of the net. The antennas should be made of unbreakable material.

Referee Stand
The volleyball game rules require the referee stand to be a stable platform that elevates the referees head to about 2 or 3 feet above the top of the net. The platform should be 18 inches long and 12 inches wide.

The Ball
The volleyball must be spherical with a laceless molded cover of 12 or more pieces of genuine or simulated smooth leather. The ball is about 25 to 27 inches in circumference. The ball should weigh about 9 to 10 ounces and be inflated to 4.3 to 4.6 pounds.

Scoresheet
In competitive volleyball, volleyball game rules require a scoresheet to be used to keep score. A scoresheet also provides space for lineups, individual scoring, team scoring, and timeouts. There is a comments section for recording warnings, penalties, unsporting conduct, and any other unusual events.

Rules for Playing the Ball

Official Rules for Play at the Net