The approach of the volleyball slide is a running motion. Run to the point of attack from slow to fast.

As the hitter leaves the ground, have the elbow bent in position to be quickly ready to attack.

It's important to stay behind the ball and drift to attack.

For the quick attack, the hitter is leaving the ground as the setter is releasing the ball.

When in the air, rotate the elbow high and throw the hand up to the ball.

The attacker takes off the ground right next to the setter.

If the left side blocker is on the setter, then set the slide out near the antennae.

If the left side blocker is lined up further outside, then set a back quick tight to the net.

In this situation, the hitter is communicating to the setter. The setter must read the hitter's movement or listen to the hitter's call. 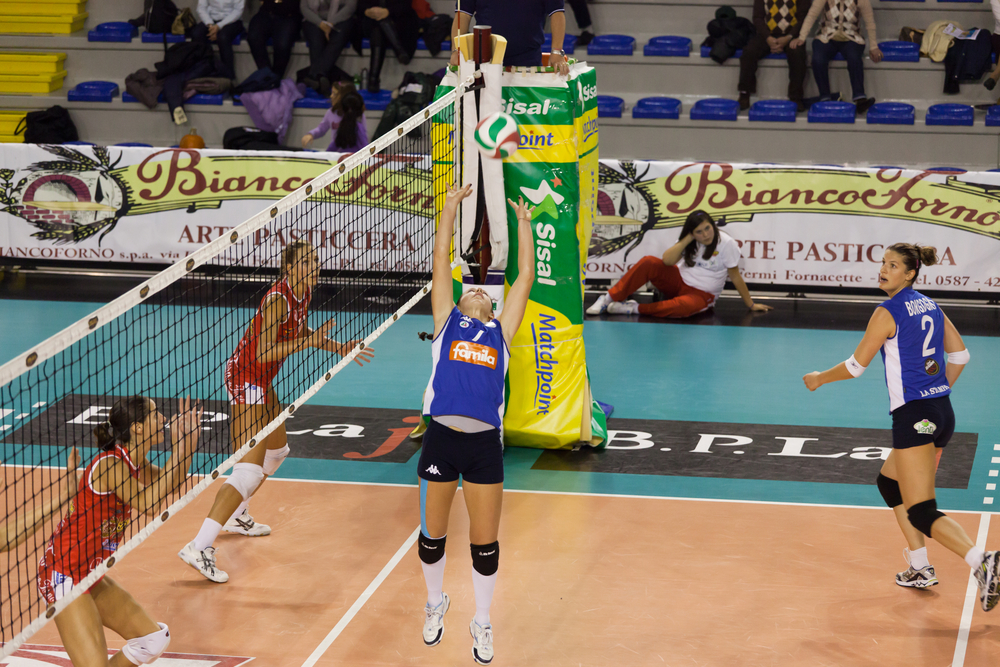 The outside blocker sets the block. The middle blocker has the responsibility to close the block.

If you don't think the attacker can overpower you, leave the split open and have the digger dig in the split.

The goal here is to give the defenders an idea of where the ball is being funneled to.

Don't put up a block if the hitter can't hit the ball hard enough that you can't dig it.

Sometimes a team runs a slide really fast and the block can't react fast enough to get in position to make a play. In this situation it's sometimes better to try and read or guess where the hitter is going.

Guessing is always better than being late.


Speed up the slide to beat the Block

The time it takes to go from a single-foot jump to hitting a slide is faster then when jumping off 2 feet.

So you can have a big advantage over the bloc by speeding up the slide and learning to hit slides really fast.

Have the hitter focus on hitting the ball when the ball is on the way up. Train to hit the ball before it reaches the peak.

Eye Tracking Blocking Drill: Ball on, off, or over?

The blockers need to be able to track the ball and judge where the ball is going. The better the ball is tracked, the better at anticipating the play.

Different things result depending on the situation.