Your volleyball strength training should include a balance of functional strength exercises. Often exercises that work to strengthen the hamstrings are left out of training.

Your strength training should involve exercises for both hip extensor function and knee flexor function.

Hamstrings are connected as part of a chain to the gluteal and back extensor muscles.

With the Romanian Deadlift, you are performing a deadlift variation involving less knee flexion to work the hamstrings more effectively. 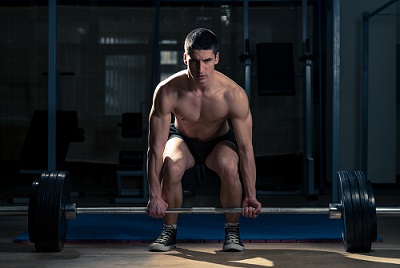 Conventional deadlifts, Romanian deadlifts, and single leg deadlifts, are all great volleyball strength training exercises that work the hamstrings in conjunction with the hips.

However, another great exercise for training the hamstrings involves lying on the ground using a physioball.

Even though this lying-down position is not specific to sprinting or jumping, this is a perfect example of how a nonfunctional position can be made extremely functional.

Horizontal forces acting on the legs and hips at the start

The arrows in the photo above represent the horizontal forces acting on the legs and hips at the start of the physioball leg curl. The legs are pushing against the ball, lifting the hips upward.

The beginning position of the two leg physioball curl

During the volleyball approach, the foot is in contact with the ground and the bodys center mass is being moved over the foot.

The foot acts as the origin of movement, not the hips.

Horizontal forces during the plant phase of the approach

The arrows in this photo represent the horizontal forces during the plant phase of foot steps during the volleyball approach.

Do you see how the movement of the physioball leg curl and volleyball approach are similar?

The arrows represent the horizontal forces of the middle hitter during the approach. The hips are powered forward (the top arrow), the planted foot is pulling back (bottom right arrow), and the ground reaction forces are pulling forward (bottom left arrow).

The physioball leg curl exercise lacks the vertical forces of running and jumping but closely simulates the horizontal forces experienced on the hips and hamstrings during the plant phase of forward movement.

The end position of the single leg curl

The photo on the right is the top position of a single leg curl. The single leg curl involves the same movement as the two leg curl except the exercise is much more difficult because you must balance using just one leg. 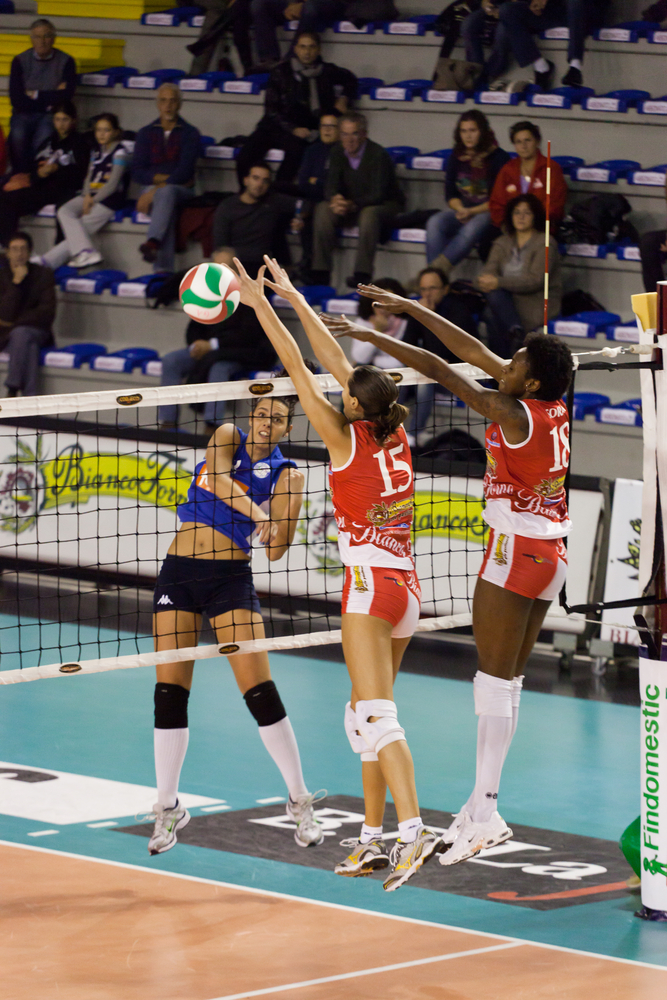 This exercise trains a high level of core stability, which is crucial to developing strength and explosive power.

Be cautious of exercises that resist a muscles nonfunctional motion for the sake of strengthening that muscle in an isolated action (for example, a machine leg curl).

Doing so could possibly create muscular imbalances and add to dysfunctional movement. 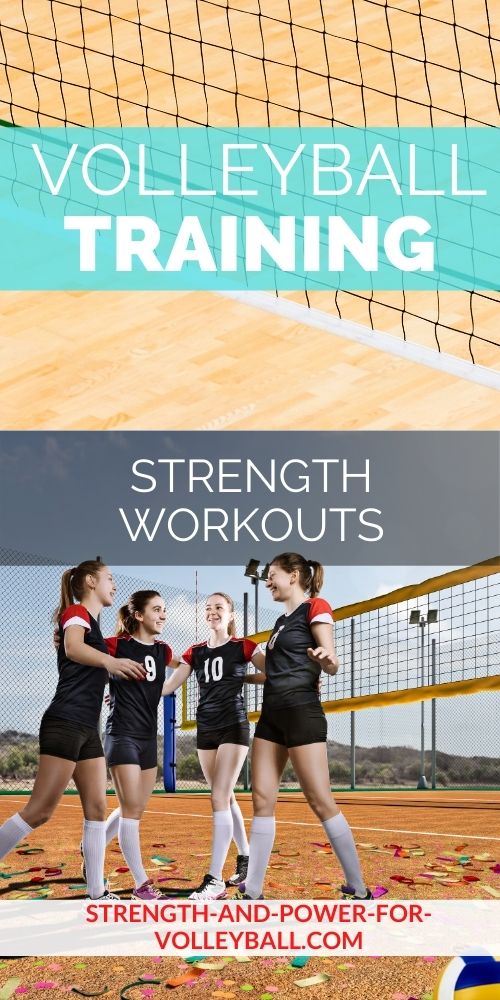 With machine leg curls, the hips aren't being activated. The hamstrings are being used in isolation. Also, the machine stabilizes the body during movement. Not only is this exercise non-functional, but you may actually be training yourself to be less athletic. To be effective at making athletic plays in volleyball, a significant part of your volleyball strength training should involve developing core stability strength.

The physioball leg curls are good for volleyball strength training because the hips are activated much like they are when making athletic forward movements such as sprinting or jumping.

Core stability is trained by keeping constant tension in the hips and hamstrings during the exercise movement.

Also, the glutes are fired first which is important when considering the importance of firing the right muscles at the right time.