Mount Holyoke College (1837) was the Holyoke Community College founded in 1946.

Volleyball was originally created to be an indoor sport for businessmen who disliked basketball because it was too rough. Morgan called the sport “mintonette”.  A professor from Springfield College in Massachusetts proposed changing the name to “volleyball” due to the volleying nature of play.

Did you know the rules were originally written by Morgan? The rules were printed in the first edition of the Official Handbook of the Athletic League of the Young Men’s Christian Associations of North America (1897).

Soon, the game grew in popularity and was being played by both men and women on playgrounds, in schools, at the armed forces, and other organizations around the United States. Volleyball was eventually spread to other countries around the world.

In 1916, the rules of volleyball at the YMCA were shared with the National Collegiate Athletic Association (NCAA).

In 1922, the first official national tournament in the U.S. was held by the National YMCA Physical Education Committee in New York City.

From 1928 and on, the USVBA, now known as USA Volleyball (USAV), runs large volleyball tournaments nationwide. Today, it’s possible to compete in many USAV tournaments across the United States.

Many divisions of play from grade school kids on up to Seniors over 90 years old.

What did William G Morgan do for a living?

Did you know William G Morgan met James Naismith, inventor of basketball? They met while Morgan was studying at Springfield College in 1892. Naismith was like Morgan in that they both had interested in a career in Physical Education at the YMCA.

William G Morgan is known as the father of volleyball.

What is the meaning of Mintonette?

What’s the name of the guy that suggested the name be changes to volleyball?

Halstead was the guy suggesting to Morgan to change the name. He liked volleyball better than Mintonette. Originally it was “Volley Ball”. Morgan liked the new name also so he had no problem renaming the sport.

How did Morgan come up with volleyball?

Morgan was constantly experimenting to come up new games. Volleyball was the result of his own unique sports training methods. I was interested in creating a game like tennis, but didn’t want to use the rackets. He liked the idea of using a net. He decided to raise the net to 6 feet 6 inches. He decided he needed a ball. The basketball was too heavy. So, he decided to ask the guys at A. G. Spalding & Bros. of Chicopee, Massachusetts to make a ball. This ended up being the first volleyball. 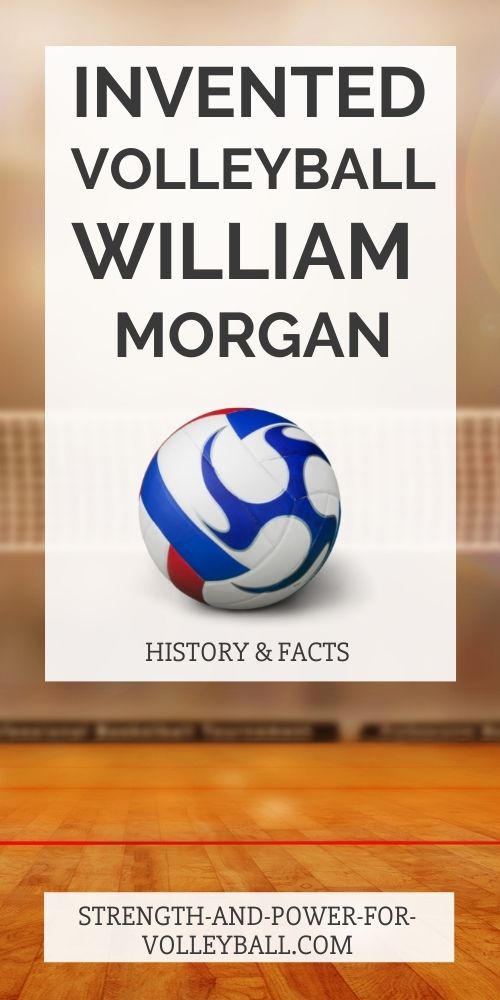