A good beach volleyball serve is important for winning in doubles.

It all starts with the serve, and on the beach, more and more often player's are starting to realize how important serving is.

Serving on the Beach

Serving is the only skill in volleyball you have complete control over and if you haven't already, you need to start taking full advantage of this fact.

In volleyball, the server has a lot of power because the server initiates the start of the volley. If you learn to serve really tough, you can totally change the complexion of the game.

I believe the easiest and quickest way to take over a game is with a good beach volleyball serve.

In doubles, there are only two on a team and this makes it difficult to cover the entire court. 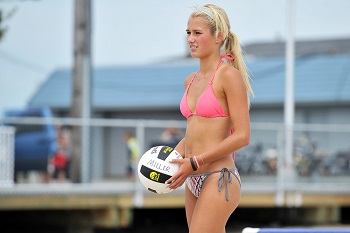 If you develop the ability to pick out any area of the court to serve to, have confidence and have the ability to make the ball land within 2 or 3 feet of where you're aiming, it won't matter what your opponent trys to do. You'll likely be in control and have a serve difficult to stop.

Float Serves
If it's not windy, float serves can be difficult to pass because the ball will dance around in the air as it comes across the net. It's especially difficult to pass floaters on the beach because there's more court to cover in doubles. In the wind, floaters are usually less effective because the wind makes the flight of the ball more predictable.

Jump Serving on the Beach

The sky ball
The sky ball is an effective beach volleyball serve because when playing on the beach, player's must deal with elements such as the sun, wind, and rain.

Some player's serve sky balls without spin. This makes the ball come down from the sky like a float serve, making it hard to pass because it's moving around.

Then there are also other player's that have sky balls with backspin. This makes the ball spin back towards the server. These volleyball serves are especially difficult in the wind because the ball is traveling back toward the net. The ball moving away from you towards the net is obviously a very different serve than what most player's usually pass. The big advantage of this kind of serve is the passer can become real intimidated because this is such a unique serve and they likely don't ever see anything like it.

When playing indoor, the air doesn't blow around like it does on a windy day at the beach. Generally, float serves are more effective when there's less wind.

When it's windy, you want to serve the ball with control to not only get the ball into the court, but also make your opponent play the ball the way you want them to.

Serve Tough and with Intent

For example, if you're serving into the wind, you can serve with topspin and have the ball drop short in front of the passer. Of if the wind is blowing cross court, you can serve so the ball lands between the two passers forcing them to talk, making it difficult to pass.

Regardless of what serving technique you decide to use, always use the beach volleyball serve as an opportunity to get an advantage to win the rally.

If you enjoyed these beach volleyball serve tips and would like to keep it close to you at any time, just save this pin to your Pinterest Volleyball Training Board. 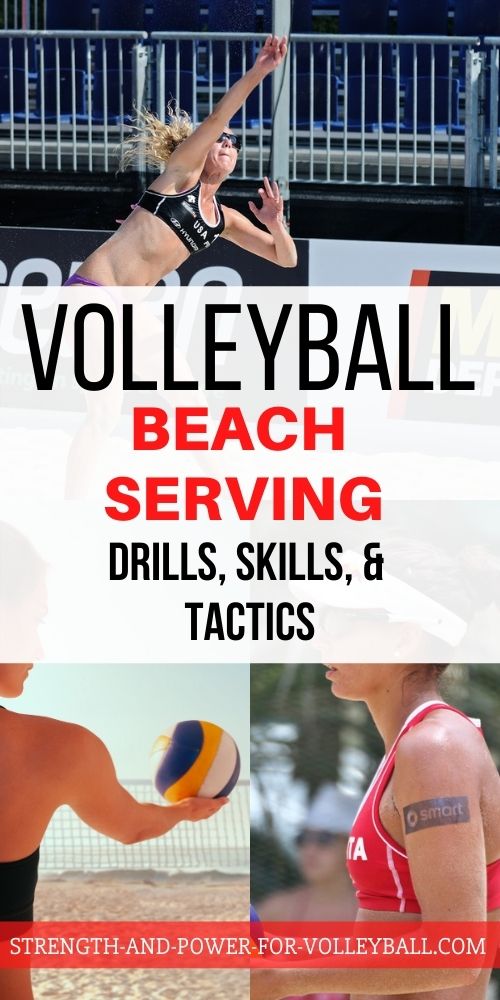