It's important to understand the official volleyball rule and ground rules for 2014 USAV Domestic Competition Regulations (DCR). Not just for officiating, but also as a player and coach.

First Things to Do 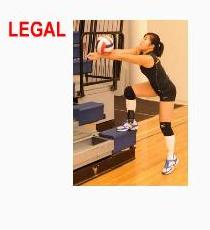 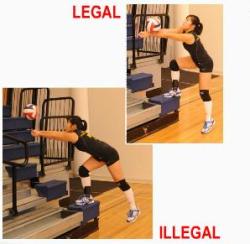 The player can have a body part off the service as long as they aren't touching the non-playing surface. 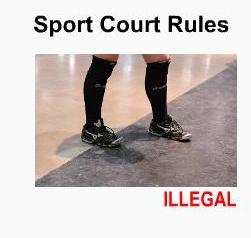 A served ball contacting an overhead object is always "out".

Any ball that contacts an object over a non-playing area is "out".

The height of an object over the playing area determines what action to take (if any). 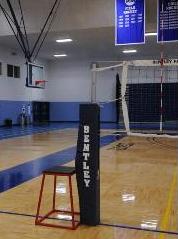 Identify overhead obstructions before the match.

Discuss possible situations with the officiating crew and playing teams.

If the ball hits an object above 15 feet above a playable area, the ball will remain in play.

You don't take trajectory of the traveling ball into account.

When pursuit isn't used, the ball is "out" as soon as it makes contact with an overhead object after crossing (or partially crossing) the plane of the net.

Also, it's "out" if the ball contacts the ceiling or obstruction above the team's playing area and crosses the plane of the net into the opponents court.

Official Volleyball Rule - When pursuit is in effect...

Official Volleyball Rule - Track above around the court...

The ball touching the net is out of play.

Only the player playing the ball can move the net to play the ball.

The ball is ruled "out" if any other player moves the net to help a player make the play. 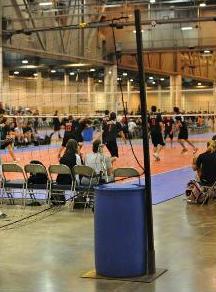 Important tips for the rules of the court... 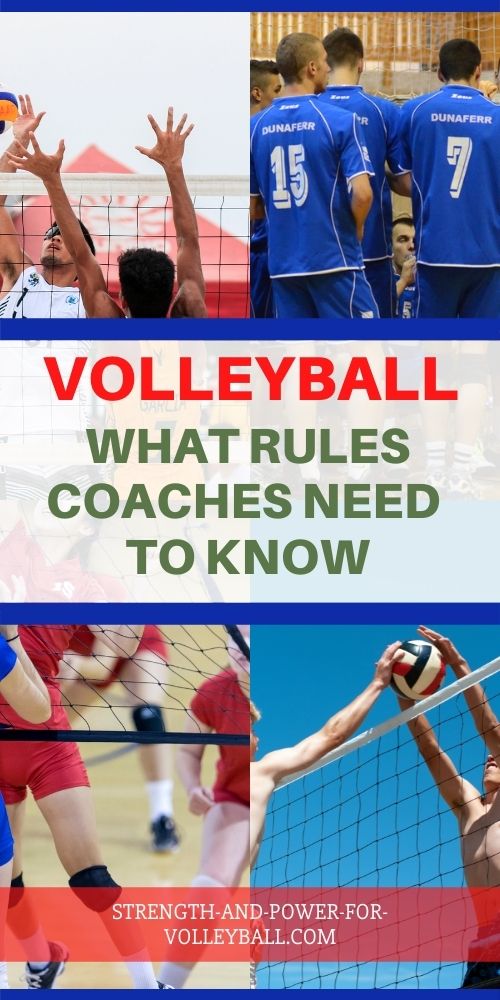