Generally, you can classify all skills in volleyball into one of two categories...

In the world of work, hard skills are technical or administrative procedures.

These skills are typically easy to observe, quantify and measure.

People skills have to do with how people relate to each other.

In sports, it can be helpful to classify skills as either "hard" or "soft".

Hard skills in sports are the actions that are performed as correctly and consistently as possible.

The "Hard" skills in volleyball are all about repeatable precision.

Soft skills have many different paths to a good result.

These skills in volleyball aren't about doing the same thing every time.

In basketball, a point guard sensing a weakness in the opponents defense and deciding to attack.

In volleyball, a coach sensing the opponent gaining momentum, then calling a timeout. 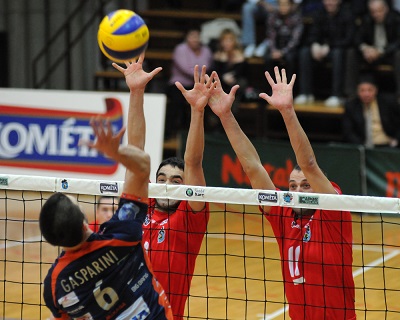 The ability to quickly recognize a pattern or possibility is an important soft skill.

For example, a blocker often needs to make very quick decisions. A really good blocker will recognize when a ball is set tight to the net, then quickly penetrate the net to block the ball.

Getting in position with hands surrounding the ball leaving the hitter with hardly anywhere to go is a very dynamic skill that the blocker developed by learning to quickly recognize when this opportunity presents itself. 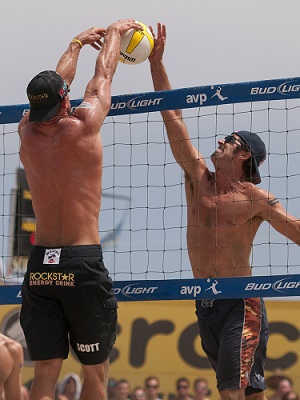 The skills involved in playing volleyball can be classified as either "hard" or "soft" or a combination of both "hard" and "soft".

Serving would be classified as a hard skill in volleyball.

Serving can be thought of as a hard skill because the serve is a precise repeatable athletic movement.

Serving is the one skill in volleyball that the server has complete control over executing.

A great server can perform the skill the same way every single time.

When you serve, you should have a routine you perform every single time you serve.

The following are coaching cues for serving.


If you enjoyed these tips and would like to keep it close to you at any time, just save this pin to your Pinterest Volleyball Training Board. 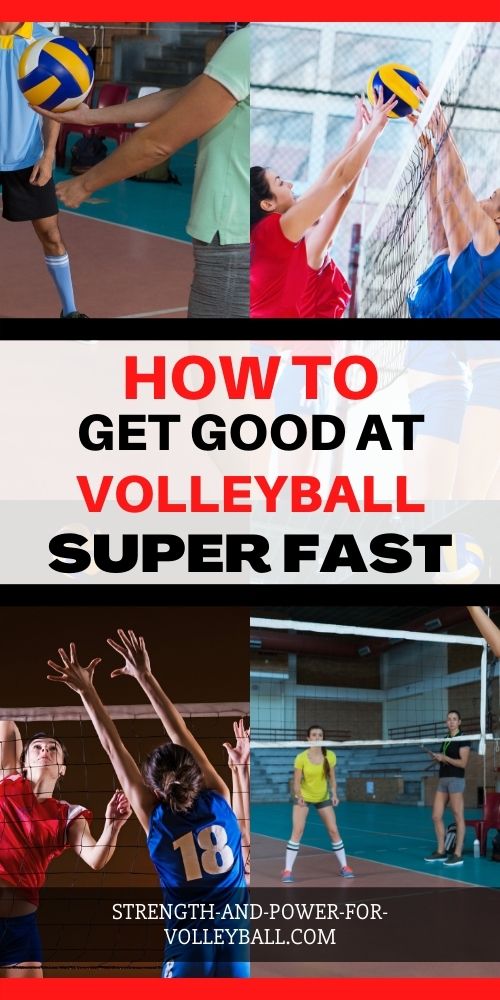 Forearm passing can be thought of as a combination of hard and soft skills. 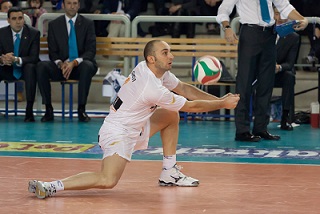 Read the server and flight of the ball. Reading involves noticing "clues".

The best passers watch the server for clues to what's going to happen.

Most servers are consistent in how they serve. For example, when serving short, the server will often contact the ball back behind the head.

Pay attention to how the ball is tossed. A ball tossed out in front will be served lower.

Focus on picking up clues like this each time the server goes back to serve.

Also watch the flight of the ball and spin. If the ball has topspin, it will likely drop more as it's coming to your side of the court.

Being able to recognize the spin of the ball will help you prepare to get in position to make the play.

Recognizing patterns and reacting is especially important for playing defense.

When playing defense, focus on what is happening on the other side of the net.

A ball that's set off the net will likely be hit deeper into the court.

Watching for clues as to what's going to happen is important for getting in position to make plays.

Don't worry so much about errors.

When practicing soft skills in volleyball, don't worry too much about making errors. What's important is to explore and experiment.

Practicing soft skills in volleyball are often a lot of fun, but also tougher because you need to coach yourself. Constantly ask yourself what worked, what didn't, and why.