b. For junior competition, when one team has exclusive use of the court, the other team must either be at its team bench or out of the playing area.

Warming up with balls at the team bench or in the spectator walkways is not permitted.

Synopsis: The foot (feet) may touch the opponent's court as long as some part of that foot (feet) is on or above the centerline.

The following are centerline faults...

11.4.3 A players foot (feet) penetrates completely into the opponents court.

11.4.4 A player interferes with the opponents play by (amongst others):

making actions which hinder an opponents legitimate attempt to play the ball. 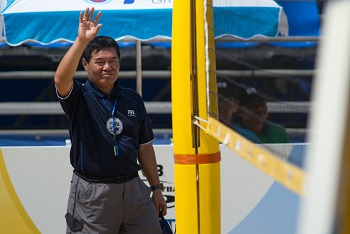 11.3.1 Contact with the net by a player is not a fault, unless it interferes with the play.

11.3.2 Players may touch the post, ropes, or any other object outside the antennae, including the net itself, provided that it does not interfere with play.

11.3.3 When the ball is driven into the net and causes it to touch an opponent, no fault is committed.

The following are defined as interference which results in a net violation...

11.4.4 A player interferes with the opponents play by (amongst others):

touching the top band of the net or the top 80 cm (2 7.49) of the antenna during his/her action of playing the ball, or

taking support from the net simultaneously with playing the ball, or

creating an advantage over the opponent, or

making actions which hinder an opponents legitimate attempt to play the ball.

If you find this info on new volleyball rules useful and would like to keep it close to you at any time, just save this pin to your Pinterest Volleyball Training Board. 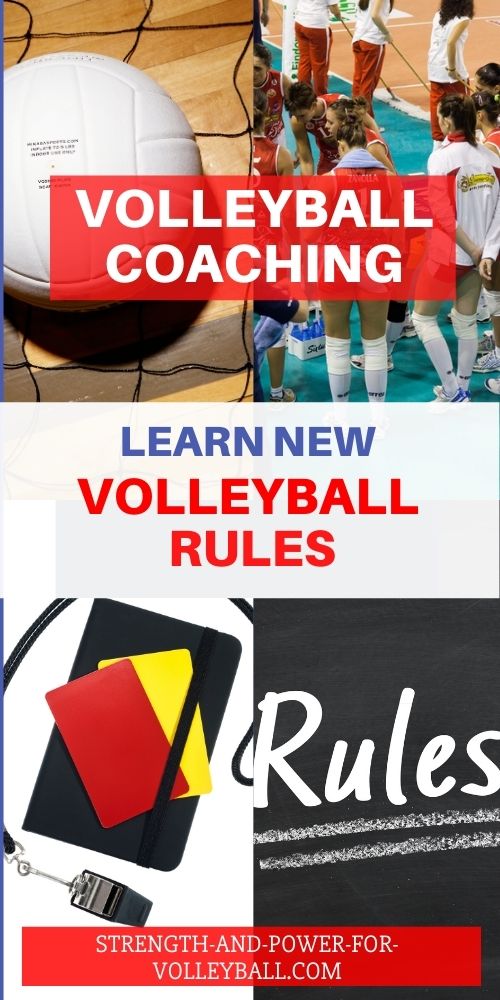 Synopsis: A coach requesting a sub is not acknowledged and play will continue unless the sub has entered the sub zone.

USAV 5.1.1: The captain does not sign the scoresheet before the match.

USAV 5.1.3: For junior competition, the coach signs the scoresheet after the match to verify the results.

23.3.3 At the end of the match, he/she checks the scoresheet and signs it.