As a coach, signaling the server where to serve the ball can be a very effective strategy.

The zones of the court are divided up into 6 zones.

When communicating where to serve to the server, most coaches use hand signals, signaling zones 1 through 6.

Serving zone 1 is real effective at ages 13 and under. It's effective especially at the younger ages because the setter has trouble setting the ball to the outside, when the ball is coming from zone 1.

This is something to watch for when scouting your opponent. Watch how comfortable the setter is setting a ball coming from zone 1. Often the setter won't turn and face the outside hitter and they'll likely set middle or right side instead.

A great strategy is to take the primary hitter out of system.

I like to signal zone 3 to servers that aren't comfortable with serving to zone 2 or 4, and I want them to serve short.

Zone 3 is good if you can keep the libero from passing it. If the libero doesn't pass it in this situation, it's very likely that a front row player will, and this will disrupt the offense.

Tips for serving the Outside Hitter

He said the good hitters could pound the ball down line. He thinks they can't hit sharp angle because girls just can't physically do it. We both agreed that if they really wanted to develop a sharp angle hit, it's possible.

Also, most setters tend to not set the player that passes.

I like serving zone 5 when the outside hitter is backed up to pass. If you can move them backwards and make them pass, this will make it difficult for them to get to the net to hit.

Also, it's important to mention anytime you make a front row player pass, you've likely taken them out of the offensive play. So if your blockers are paying attention, they can see that the front row player that passed the ball is out of the play, and so now they can just focus on the other two attackers. This can be a big advantage for getting in position to block.

I like to signal zone 6 when I have a server that isn't comfortable serving. Also, if a team is just flat out bad at passing deep serves, I'll likely signal zone 6. Put the ball within 8 feet of the endline and most teams will have trouble passing.

If you can put the ball within 8 feet of the endline, the passers are going to have trouble passing.

I believe this is because they are just too small to pass the deep ball real well. Most players are so small at this age that even if they can get in position to pass it, they can't get the ball up to the setter. Then you also have players specializing at this young of an age which means the smaller players could be taking most of the passes. Even if you see the player playing really deep in serve receive, positioned right in front of the endline, go ahead and serve it at them because she won't get it up to the setter. You'll almost always get an ace or at least a free ball in this situation.

Serving the ball hard with a low trajectory, putting it near the endline...you'll at the very least get a free ball out of it.

Serving outside hitters works well at pretty much every age level.

However, making the outside hitter pass isn't as good a strategy in 13's and 12's because you won't get as many aces or free balls when you serve short, as you will when you serve deep. At this age, it's easier for serve receive to keep a short serve in play, so I would focus on serving deep.

For ages 14 to 16, serving the outside hitter is a really effective strategy. For one reason, I think players just aren't used to this type of serve. Most teams this young haven't developed good short serves, so players just aren't seeing it often and therefore aren't good at dealing with it. So you'll likely get a free ball from this serve at this age level, and a free ball at this age level can be a big deal. This is different than the younger ages where there ends up being free balls and down balls off of pretty much any kind of tough serve (short, deep, good floater, etc).

After awhile, some coaches start to sense what should be signaled.

For example, sometimes, the coach doesn't know why, but for some reason they have a feeling what to signal.

As a coach, it's important to pay attention to emotions and get a sense of what would be a tough serve.

You also start to get a sense where your players are comfortable serving. 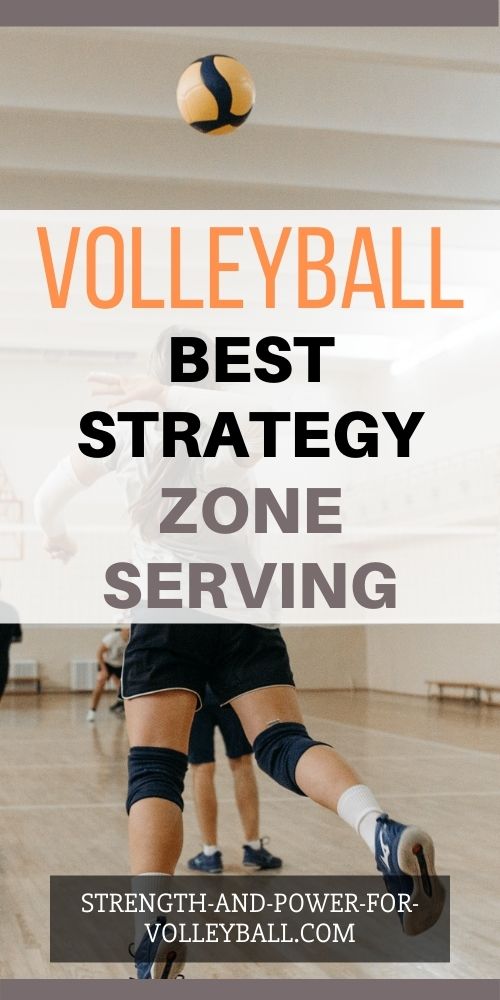