How to Play Volleyball Defense

Use the following tips on how to play volleyball defense. These are important methods for blocking at the net and strategies for digging.

The following are key skills for honing your awareness and playing effective defense.

If the setter is back row, you have 3 attackers that can attack at the net.

Instead, you can just move with the other two attackers. It's also important to understand the rules for attacking. 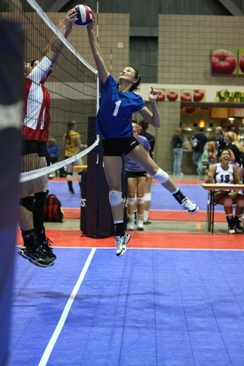 The following are situations where it's legal for a back row setter to attack the ball.

Scenario 2. I've often seen a setter run a 5-1 offense and never attack when on the front row. I think this is a big mistake because smart teams will just ignore the front row setter and stay with the other 2 attackers. You should keep the blockers honest by having your setter dump the ball every once in awhile. Otherwise, you're just making it easier for your opponents to block and play defense.

2. Track the ball. You should follow the ball and be constantly making judgments on how you're going to be attacked. Such things as what player passes the ball or where the ball is passed will help predict where the setter is going to set. For example, a well passed ball to the target area could give the setter the option to set any of the attackers. A ball passed away from the net or towards the sideline reduces the chances of running a middle attack. With the middle attack not likely, you should be ready for the other possible attacking options such as a high outside set or a back row attack.

3. Tracking the Attackers. It's important for both the front row blockers and back row defenders to track the opposing attackers. Be aware of how your opponent likes to attack. Many teams often run the same offensive plays each time they get to that rotation. For example, when a particular player is right front, they may run an X play every time in that rotation.

It's important for the front row players to communicate with teammates and identify these plays before they happen so it's easier to anticipate what the blockers need to block. It's usually the middle blocker that alerts the team of what possible plays are going to be run.

4. Communication. Good communication involves being able to give, listen for, and acknowledge verbal cues. A cue can be given such as "red defense" or "setter down". It's also important to use verbal communication during the rally. For example, the moment you see the attacker is going to tip the ball, you can yell out "Tip!" to alert your teammates.

It's also important to call the ball when passing. For example, call "mine, mine, mine!" when you want to take the ball. Your team should know ahead of time what player is preferred to pass most of the balls. Most teams will have the best passers take most of the easy balls. It's important to recognize early when the easy ball is coming. In this situation, the best passers should call the ball early. 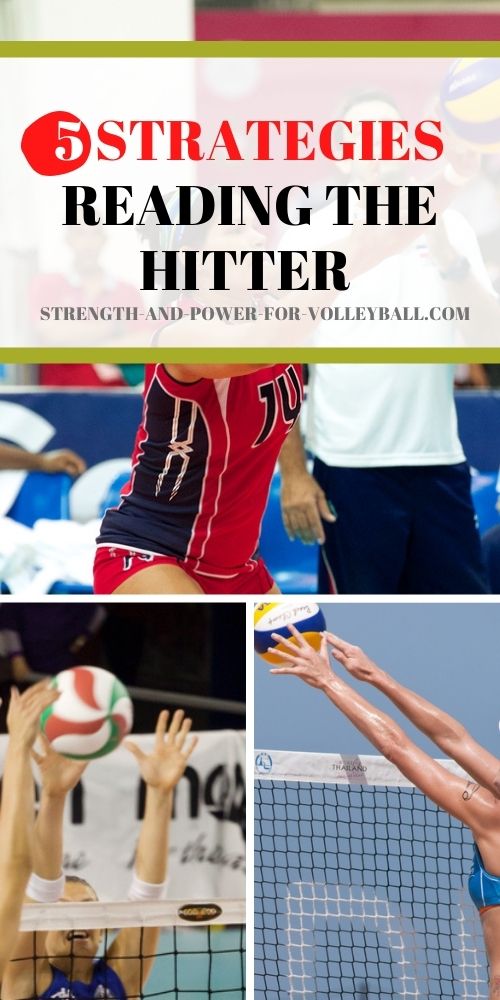