After watching my video on volleyball formations 6-2, you won't need to keep bugging your teammates asking them where do I go and when do I move.

No more anxiety and stress from not knowing your volleyball rotations. You’re going to understand what to do!

It’s important for each player to understand the 6-2 offense because each player needs to know where to be on the court.

The purpose of having an offensive system is so that the team has a game plan. If you want to be successful you need a strategy. The 6-2 system is part of your overall strategy.

Each setter sets when on the back row. This means the team will always have 3 attackers on the front row in every rotation.

So, the advantage of the 6-2 is that there will always be 3 front row attackers in every rotation the opponent will have to defend.

If you have two great setters and two great Right Side players, then 6-2 will work really well. Each setter sets when on the back row. When rotating to the front row, the setter is replaced by the Right Side.

Having one extra hitter can make the team really good.

So, if the right sides are really good, definitely consider running a 6-2 offense.
However, there is a big disadvantage to running a 6-2.

When running a 6-2, the quality of setters drops because they are only setting 50% of the time.

But if your setters are really good, consider running the 6-2.

Also, you need a back-up plan for when running out of substitutions. It can be especially difficult if you sub out the right side when coming across the back row.

Understanding Player Roles in a 6-2 Offense

Each player on the team has a specific role. 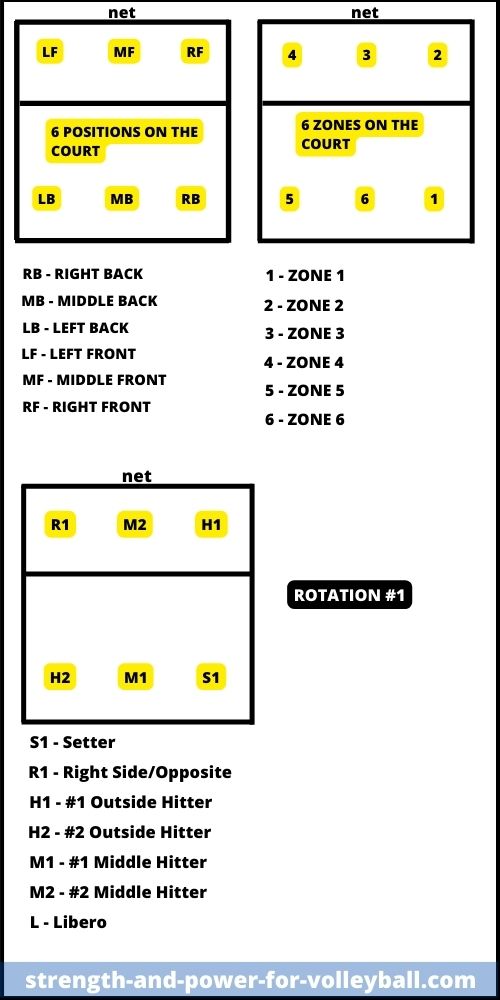 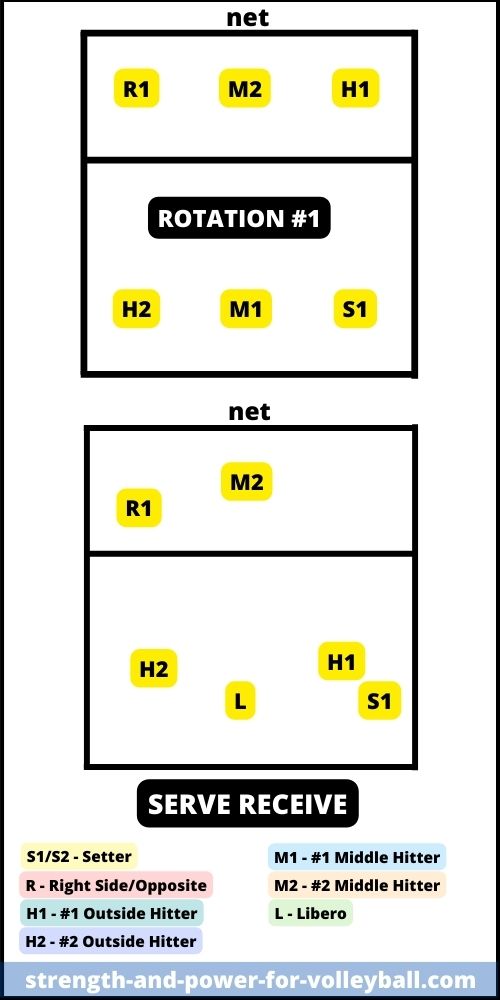 In serve receive, H1, L, and H2 are passing. The setter pushes the Opposite to the net to prevent an overlap. 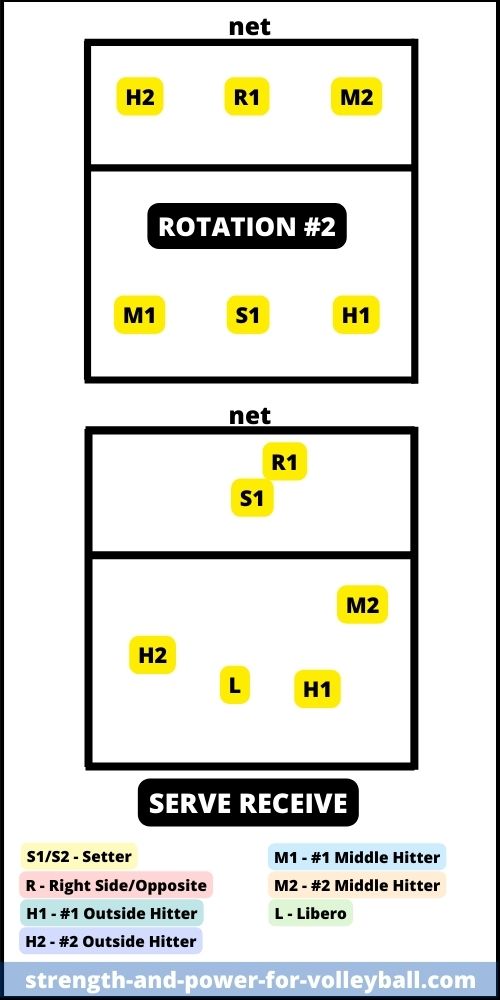 The setter is LB. The Libero replaces M2.

In serve receive, L, H1, and H2 are passing. S1 moves over to H1 to get closer to the target area. 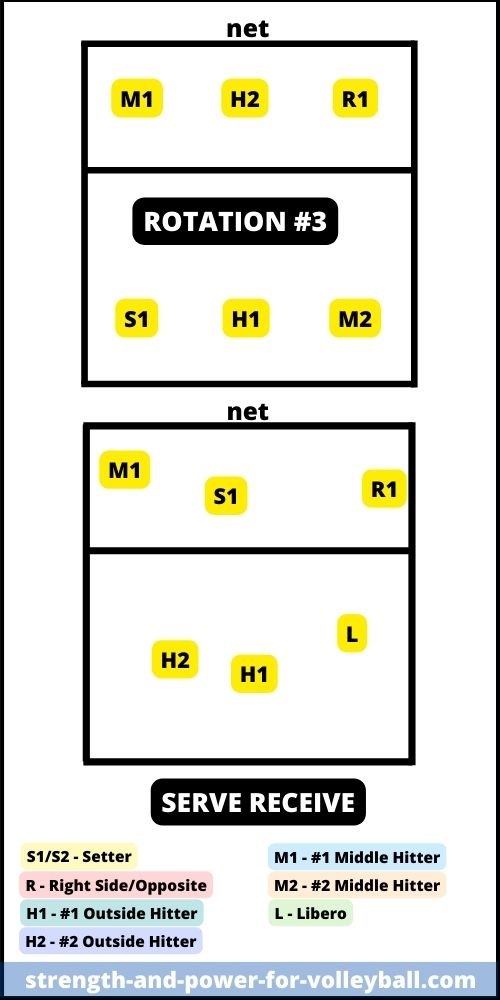 The R2 replaces the setter in the front row. The new setter comes in to serve. 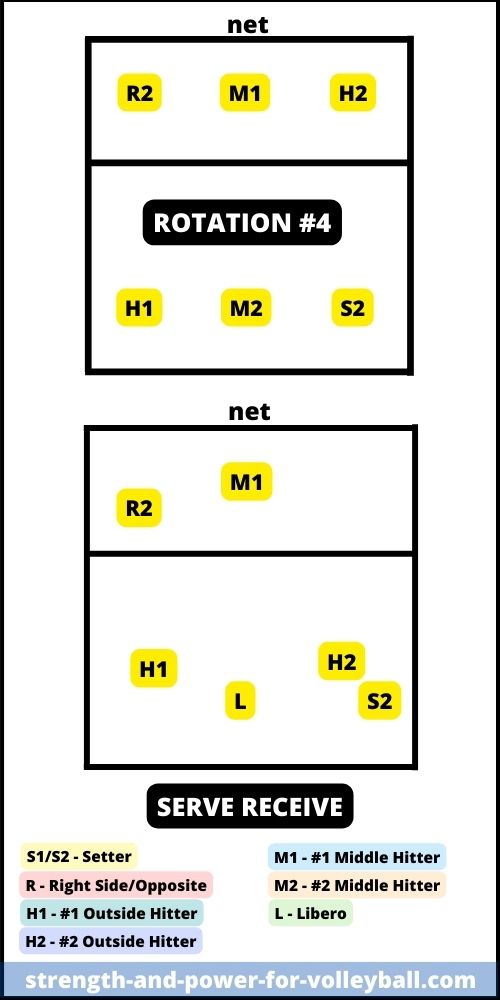 The setter is now MB. After the ball is served, R2 and M1 switch positions.

In serve receive, H2, L, and H1 are passing. M1 can help with passing if necessary. 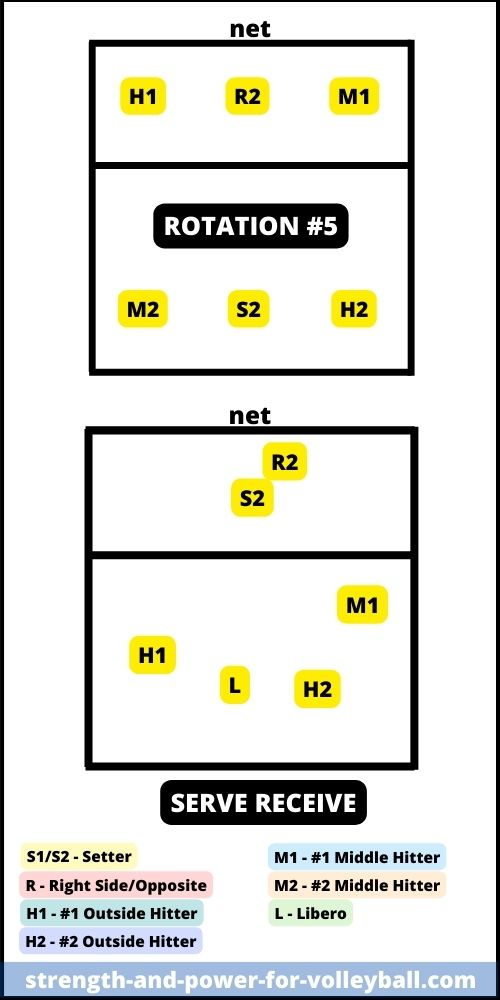 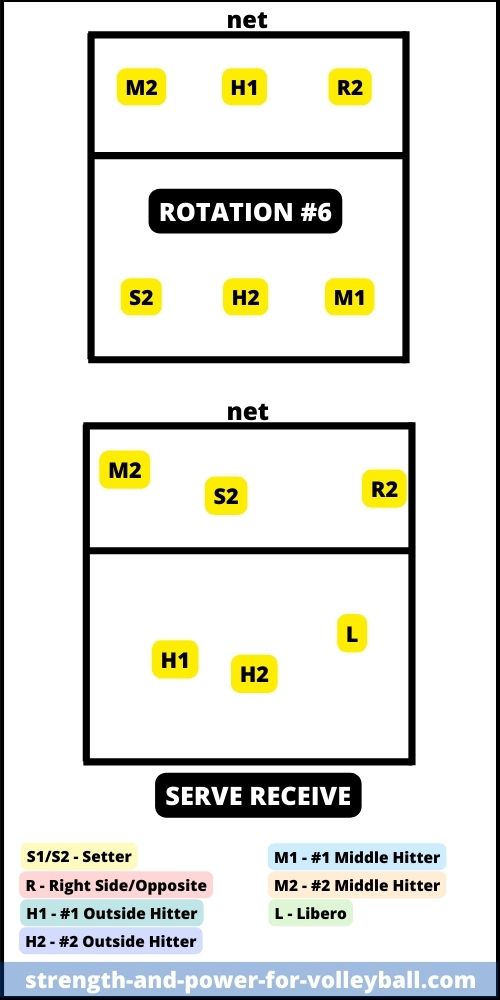 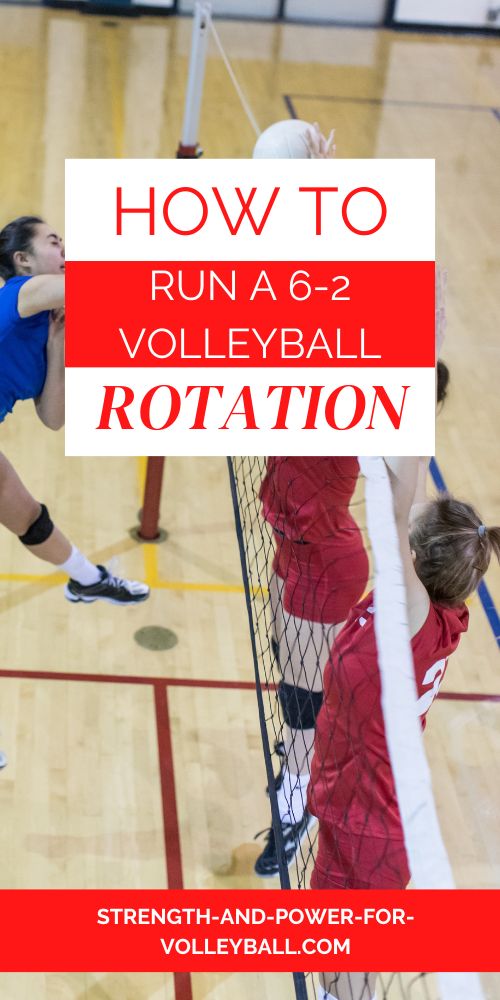