Understanding volleyball formations is important to be successful in volleyball.

Just before your opponent puts the ball into play with a serve, your team gets ready by lining up on the court in serve reception.

When deciding on what formation, there are two main things to consider...

The object of serve receive is to successfully direct the ball to the target player. The target is usually the setter that moves to the target area ready to set the ball.

At the beginning of serve receive, most teams position the setter about 10 feet off the net near the right sideline. As the ball is being "passed" the setter moves toward the target area as the served ball is in the air.

The most commonly used volleyball formations are...

Split Formation
A good formation for when the middle player is one of the better players on the team. 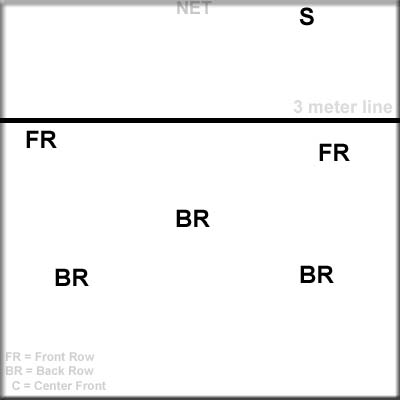 Right and Left Slant Formation
The right and left slant formations are good for when you want to have the setter and quick attackers closer to the net.

Moving the quick attacker closer to the net brings them away from having to pass the serve which makes it easier for them to attack. 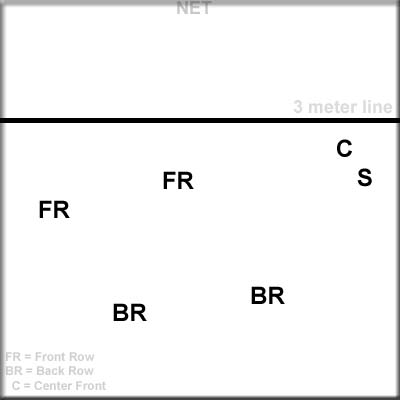 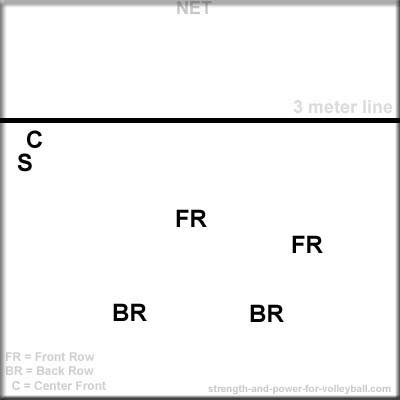 Shift Left Formation
This is a popular formation for when running a 5-1 and only having two attackers in the front row. 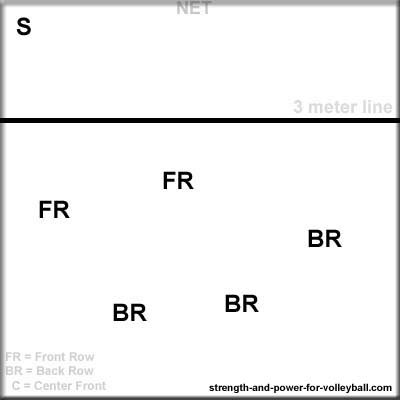 Shift Right Formation
A less popular and effective formation. This formation could be effective for setting a back row attacker out of the left back position. 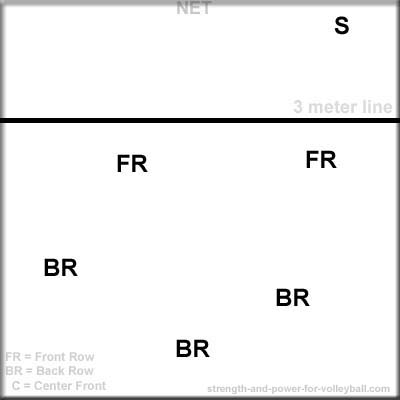 Deep Formation
A possible formation to effectively pass a hard deep court serve. This is best when the front row players are the best passers. 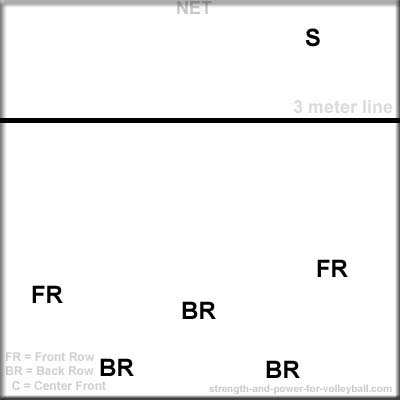 Down Formation
In this formation, two back row players stand near the endline ready to make an adjustment to a deep hard serve. 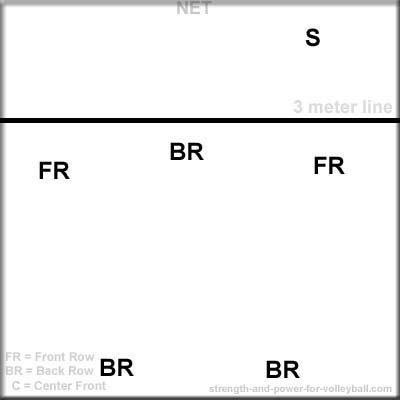 Shallow Formation
This formation teaches players to improve communication because of their closeness. This is best against float serves that drop quickly to the center of the court. 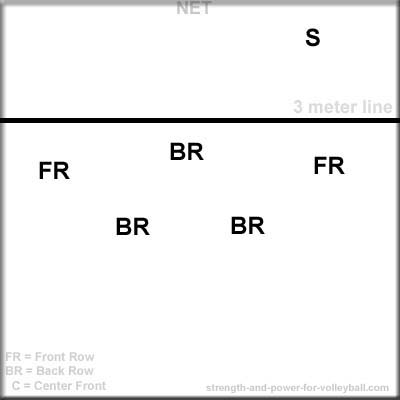