Choose from the volleyball team names most suitable to your team personality.

Don't be afraid to use your imagination.

Some teams pick names that make fun of the team.

For example, "One Hit Wonders" or "Short Bus".

Every team has a different personality. Some teams just play for fun, while other teams are serious.

Do you want to intimidate your opponent? If so, you might want something that sounds cocky like "Over in Two". (Over in two meaning, you're going to win the match in two games.) 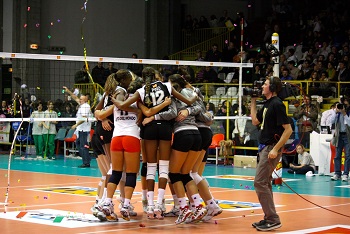 Do you want to be more creative and funny? Create warm up t-shirts or uniforms that have a little yellow bus on them. You're team name is "Short Bus".

If you want to be taken more seriously, then I would focus on looking like you know what you're doing. Nice uniforms and a professional sounding team name can go a long way. If your goal is to win at a high level, every little bit counts, so pick a team name that stands out. Get your team a mental advantage before the match even starts. 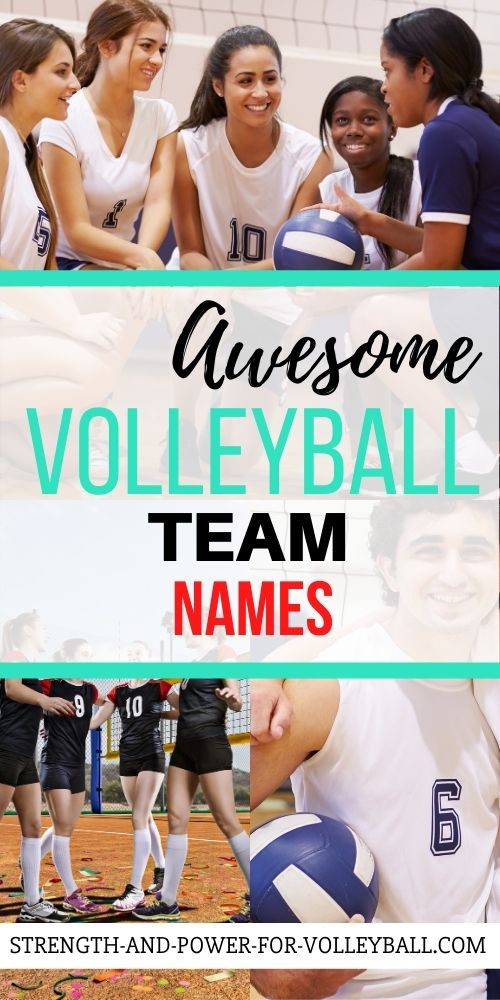 The following are volleyball team names for club volleyball.

The following are some funny volleyball team names.

You can also use inspirational volleyball quotes to help inspire ideas for team names.

“We came here to meet and play volleyball to show the world that we are one body and we can create friendship between all the youth all over the World through the sport. We sent a message through this match that we have not to think of politics as we are in the sports field.”
- USA Head Coach Hugh McCutcheon after a World Championship match against Iran

“There is one way, that’s it. Accept you and believe in you.”
– Giba talks about coach Rezende and the Brazil Men’s National Team

“If you worried about falling off the bike, you’d never get on.”
- Lance Armstrong

“I'll let the racket do the talking.”
- John McEnroe

The less effort, the faster and more powerful you will be.
- Bruce Lee