Testing athletes is important to the design of volleyball training programs.

Why test? Testing helps athletes and coaches assess athletic talent and identify physical abilities and areas in need of improvement.

Assessment is most often thought of as the portion of the training program that occurs after an athlete has been trained. But if you want to know where you're going, you first need to determine where you're coming from.

Assessment before and during a volleyball training program allows for testing of various athletic abilities to determine strengths and weaknesses. 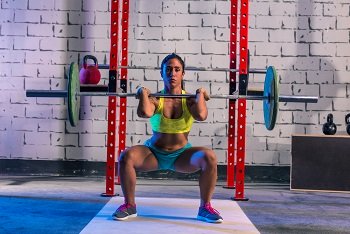 Testing the Barbell Back Squat

Many movements in sports tend to be repetitive. Constant repetition can cause incorrect muscular movement patterns. These athletic weaknesses will more than likely influence your tests results.

Maximum Muscular Strength Tests. If you have fine tuned your technique for an exercise (generally about 300 sets) and developed a solid strength base, you can perform max strength tests to determine the best workout for volleyball program. Maximum muscular strength tests involve determining an athletes 1RM. 1RM (1 Rep Max) reflects the kind of dynamic ability necessary for sports and are the most popular tests for measuring maximum muscular strength.

Anaerobic Capacity Tests. Anaerobic Capacity is the maximal rate of energy production by the combined phosphagen and lactic acid energy systems for moderate-duration activities (1). Anaerobic capacity tests typically consist of performing an exercise for 30 to 90 seconds at maximum effort.

Aerobic Capacity Tests. Aerobic capacity is the maximum volume of oxygen that can be used for energy by an athlete's muscles during exercise. Aerobic Capacity is generally measured by performing aerobic endurance activities such as running distance.

Speed tests. Speed tests are typically performed by doing sprints at an all out effort to achieve maximum velocity. Sprints should cover a distance less than 200 meters because longer distances will more likely reflect anaerobic or aerobic capacity than the ability to achieve maximum speed. 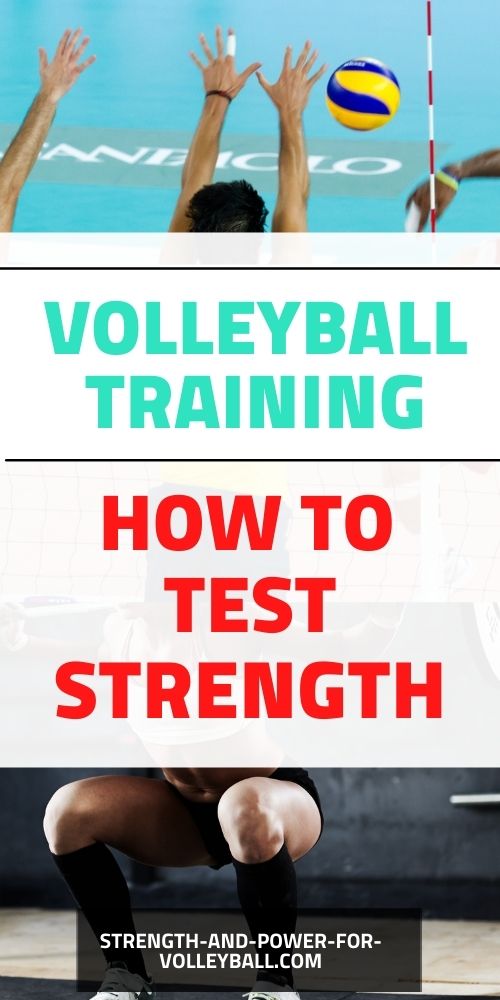 Setting goals and using baseline scores. Test scores can be used in setting goals. Testing to determine a baseline is useful for setting initial goals.

Testing at regular periods throughout a volleyball training cycle can help track an athlete's progress in reaching those goals.

Also, goals may be used to inspire athletes to accomplish group or team objectives.

Identifying Talent. Duties of a volleyball coach may include determining if an athlete's basic physical ability in combination with skill development and volleyball training will produce a competitive player.

For example, if a coach is having a tryout for their volleyball team, they may need to determine whether an athlete has the physical potential to play competitively for their team.

Have a reason for testing. In most sports, tests should be performed depending on the time of year and where an athlete is in their volleyball training cycle.

For example, it wouldn't make sense to test volleyball players in a 1.5 mile run at the beginning of their volleyball season.

If an athlete's volleyball training has consisted mainly of developing anaerobic power to prepare for their up coming season, testing aerobic capacity wouldn't be a valid test to perform.

Test Order. Assessment tests should never be conducted at the end of a strenuous workout or after competition.

Tests need to be arranged in appropriate order with sufficient rest between tests to promote test reliability.

Tests that require high movement skill and coordination should not be done immediately after tests that are likely to produce fatigue.

Typically, tests should be administered in the following order.

Injury Prevention. Injury is an important consideration during assessment. Coaches need to remember that assessment tests can be very physically demanding for an athlete.

Coaches need to be cautious if an athlete isn't physically ready for testing or if they are still recovering from a previous injury. Not only could the athlete's performance on the test be less valuable, but they may aggravate the injury.

Athletes that begin the training period at a higher training status will not improve as much as untrained athletes who perform poorly at the beginning of training. For example, an athlete that starts a weight training for volleyball program for the first time will see great results quicker than an athlete that starts the program with 2 years of previous weight training experience. This is a major reason why the pre-training status of an athlete must be considered when evaluating the success of a volleyball training program.