Beach Volleyball Setting
Basics of learning to set on the beach

Developing beach volleyball setting skills are important for success on the beach. CLICK HERE for my indoor setting secrets.

The Goal of Setting

Set the ball cleanly and put it exactly where your partner wants it.

It may sound simple, but with tight ball handling rules for beach volleyball, beach setting techniques have become an important skill to master.

The beach setting interpretation has become so strict, many beach players have decided to focus on perfecting their bump setting skills. 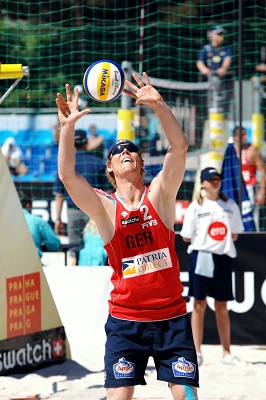 The Art of the Beach Set

The big difference between beach volleyball setting and setting indoor is on the beach, setters usually will hold on to the ball longer in order to take spin off the ball.

It's more pleasing to the eye to watch setters set overhand, but some players are afraid to get called for double contact, so they elect to bump set instead.

Still, it's a big advantage in sand volleyball to learn how to hand set on the beach. Once you develop the technique, it'll be automatic and you won't be afraid of mis-handling the ball anymore.

And your partners will love you because of how much more consistent your setting is than trying to bump set all the time. 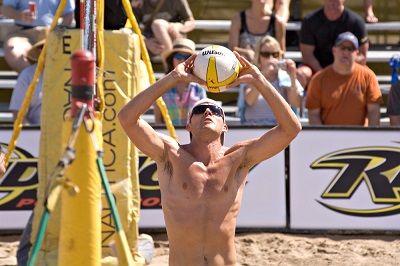 There's Only One Attacker

Another big difference from indoor is the fact that you only have one player spiking. So you don't need to deceive your opponents because once your partner receives the serve, everyone on the beach knows who will be set the ball. 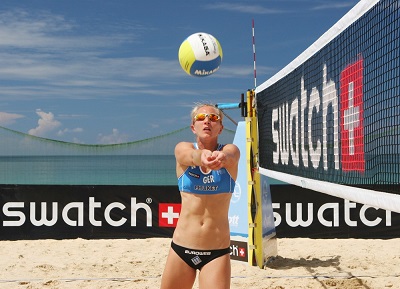 Bump Setting on the Beach

Your partner may prefer the ball to be set low because low sets tend to be easier to "time".

Since most hitters on the beach will be facing a blocker, set the ball two or three feet off the net. But some hitters do like the ball set tight, so be sure to communicate with your partner on how they want to be set.

Where should you pass the ball?

If you make a tough dig, it's usually best to keep the pass off the net so it's easier for the setter to get to it and set it. Especially if your partner is blocking at the net, keep thepassing high and off the net so your partner can more easily set. High and in the middle of the court is a safe spot.

Yell out where you want to be set. 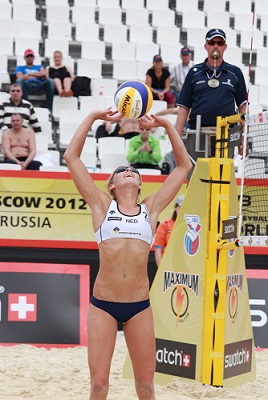 Learning to set can be hard when first learning how to play beach volleyball.

If you haven't yet developed confidence in hand setting, learn to bump set the ball.

When first learning beach volleyball setting and bump setting techniques, focus on getting behind the ball and facing where you want the ball to go.

It's really hard to bump set accurately when you are 30 feet away.

If the wind is in your face, push the set a little harder. If the topspin on the ball is going away from you, don't push it quite so hard.

Also, if you bump set, it's best for the ball to be spinning with topspin (topspin towards where the ball is going to be hit) because this makes it easier to volleyball spike into the court.

Get My Setter Secrets!

Volleyball Basics to Strength and Power for Volleyball