Volleyball coaching strategies involve be a good role model for young kids and having the ability to identify "teachable moments".

Be a Good Model

It's important to show players what is wanted, not just telling them what to do. A coach must be a good model and words have little meaning to beginning skill learners. While a coach might be able to get away with not being a good volleyball player themselves, they must have a good idea of how to model fundamental skills.

When given the opportunity, coaches should attend volleyball clinics rather than just watch volleyball videos. This will help hone the coach's own coaching skills. 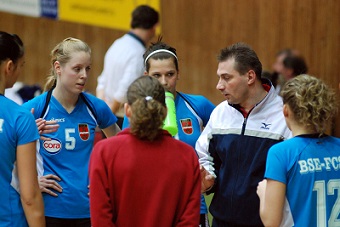 How a coach expresses emotion with gestures and facial expressions is often as important as what is actually said. Faced with the excitement of competitive sports, coaches must think carefully about what they say and the emotions that are communicated. Both coaches and players need to learn gestures and actions to make their team play and communicate better.

One of the duties of a volleyball coach is having the ability to recognize "teachable moments". These are the moments when a coach stops a drill or practice to comment on the play that just happened.

However, coaches should use caution against stopping a play too frequently because players could lose interest and not listen. It's also important to put attention on what should be done and what was done right, rather than on what was done wrong. What you emphasize is what your players will do. It's better to talk to individual players as much as possible, unless the whole group is making the same mistake and needs the same feedback.

Learning to play as a team should be done both on and off the court. Touching helps build cohesion. Train players to slap hands or huddle in the middle after a play to say or do a positive action on the next play.

If a coach gives attention to negative mistakes, they are reinforcing this negative action. Both players and coaches tend to give too much attention to errors. It's usually best to not focus on the error, but instead, ignore the mistake and put focus on the next play where they will have control over what will occur.

Player's also sometimes lead coaches down this negative path by asking the common question, "Coach, what am I doing wrong?" This forces the first words out of a coach's mouth to be about an error and focuses on one of the million ways to do a skill incorrectly. As a coach, help the player focus on asking the right kind of question and you'll be much more likely to focus on the right things instead of the wrong ones.

In youth volleyball, it's important for players to learn how to cooperate with each other.

Drills and competition should first be cooperative in a way that it seems like the teams are playing against the ball. Continue to develop this competitive but cooperative attitude in volleyball drills at all levels, while at the same time, standards of performance are being developed by this self-discipline.

The second level of focus is on oneself. The focus in practice and the game should be on improving one's own performance. The individual player contributes to the team performance, not worrying about winning or the opponents. The will to win is important, but the total development of each individual is far more important. 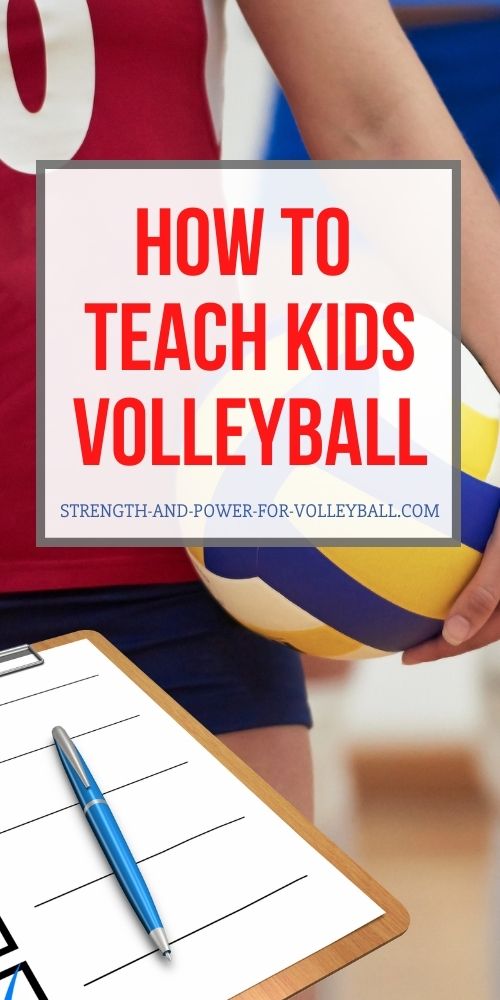