In practice, volleyball drills that are more game like are much more valuable than non-game-like drills. Single-person and against-the-wall type drills should be done outside of practice. The time during practice should be spent focusing on the angles and tactics of the game relative to the net and the flight of the ball in game-like situations.

If there are too many players per net, create nets by using court lines, walls, and spaces between courts that are part of your gym space. 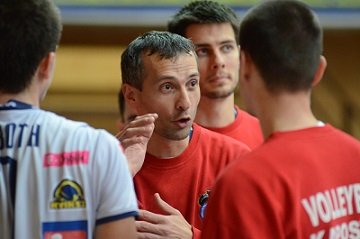 Learning increases when the number of response opportunities increases. Coaches must blend  game like habits in "high repetition" drills. Be aware when the quality of contact suffers from mindless quantity of contacts.

Coaches need to develop the atmosphere in their gym where there is no fear of making a mistake. Sloppy performances isn't to be tolerated, however, practice is a time when players can try new things, not just skills already known.

This means, as a skill is being developed, new mistakes are made. There must be a blend of self-discipline to perform the fundamentals daily and perfectly, and not fear the errors when attempting unperfected skills.

Become A Better Athlete By Coaching

You will learn much faster if you teach what you are learning. If coaches want their athletes to become better performers of a skill, have them teach that skill to someone else.

Coaches that also play have been heard saying things like, "I never really learned to really see the block as a player, until I had to coach my players to do so, - now I consciously see the block each time I hit." Coaches should give their players the opportunity to coach other players in the game of volleyball.

Regression to the Mean

Regression to the mean simply means that a skill done either above or below a player's average action will more than likely return toward the average action in the next performance. The coach's job is to help players steadily raise that "average" performance by striving for perfection in every drill, a consistency that can only come through repetitive practice.

Given the number of errors players make, it is important point out the good things in the many mistakes. Each skill has an ideal ball placement and many inaccurate placements. Look for the good and help players make good mistakes. For instance, an example of a good miss could be "setting the ball too far off the net".

Setting a volleyball off the net is a better "miss" than setting too tight.

Penalties of Any Sort Should be Minimized

The ideal penalty is not playing volleyball rather than wind sprints or push-ups. When someone should be penalized in a drill, have them sit out for a time period or until a teammate replaces them. If a coach wants to physically disciplined player's, use short court-sized wind sprints, block jumps and spike approaches.

A better option is to reduce a workout load by a small factor as a reward (but still working out) to emphasize the positive image of exercise. At the same time, make the punishment the denial of the change to train or exercise. Otherwise, the workout desired is seen as a punishment, creating an all-too-present attitude that "exercise is bad".

If you enjoyed these volleyball coaching tips and would like to keep it close to you at any time, just save this pin to your Pinterest Volleyball Training Board 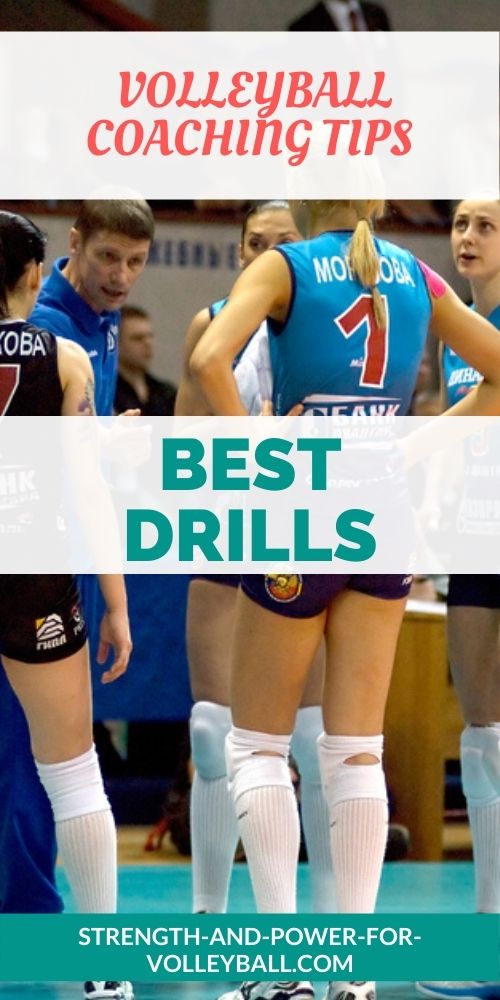 Duties of a Volleyball Coach