Many coaches believe that basic skills should be taught from the very beginning.

Other coaches believe it's best for young volleyball players to first find his or her own way of achieving a task. This is called motor patterning.

Motor patterning is similar to a motor skill, but the term motor pattern is usually used to describe acts performed with less skill and in which movement is stressed.

Should you teach a certain style of execution from day one, or should you allow the young athlete time to learn the relative motor patterning? 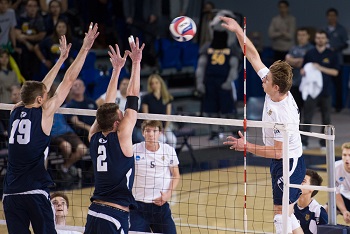 When I teach volleyball approaches to young players, how well the player hits the ball (the outcome) doesn't matter so much to me at first. In fact, I think it matters TOO MUCH to most volleyball coaches.

At first, don't make the mistake of focusing too much on how well the young player can hit the ball into the court. The end result is important, but not when first learning footwork for hitting.

When first learing to approach, my main focus is on...

How well you hit a volleyball is both proportional to and synergistic with how well you approach to hit.

I believe you must separate "form training" from "outcome training". You shouldn't be focused on both at the same time.

One of the duties of a volleyball coach is to sometimes focus more on the process and less on the outcome.

What to train and when
Practice is when you focus more on perfecting a volleyball skill such as the volleyball approach.

When playing in a match, the player needs to be given the opportunity to freely explore their athletism and discover how to make plays. For example, in a match, there will be times when you can't make the play with perfect form and it doesn't matter how you approach and hit the ball, it only matters that you score the point because the ultimate goal is to win the rally.

Outcome-based training involves introducing volleyball drills that allow the young player the freedom to solve the task on their own. This allows the young athlete to enhance athletic ability.

Plasticity is the ability of the brain to reorganize neural pathways based on new experiences.

The central nervous system of a young person is very plastic.

Being plastic basically means you're extremely sensitive to new stimulus and explorative by nature.

As a kid, your ability to learn new skills and solve motor tasks is quite high. As you get older, it's harder to cultivate motor skills in an optimal way.

Outcome-based training allows you to take advantage of the extreme adaptability of the central nervous system.

Free exploration
Kids seem to learn faster when they are given nothing more than loose instructions on how to accomplish a task. A volleyball player that's given this freedom can learn to work at accomplishing the goal in their own unique way.

This is especially important for when the form of the skill isn't as critical as the outcome.

Guided discovery
Many of the worlds best volleyball players aren't the success they are because they were fortunate enough to start out playing the sport by being given technical instruction by a coach.

The best players learned the game so well because they are so connected to what they are doing. These players grew up never experiencing doubt and always expected to succeed. You could say that they saw success as normal and they'd succeed at anything they set out to accomplish.

These players have spent a lot of time playing volleyball learning the game through guided discovery. 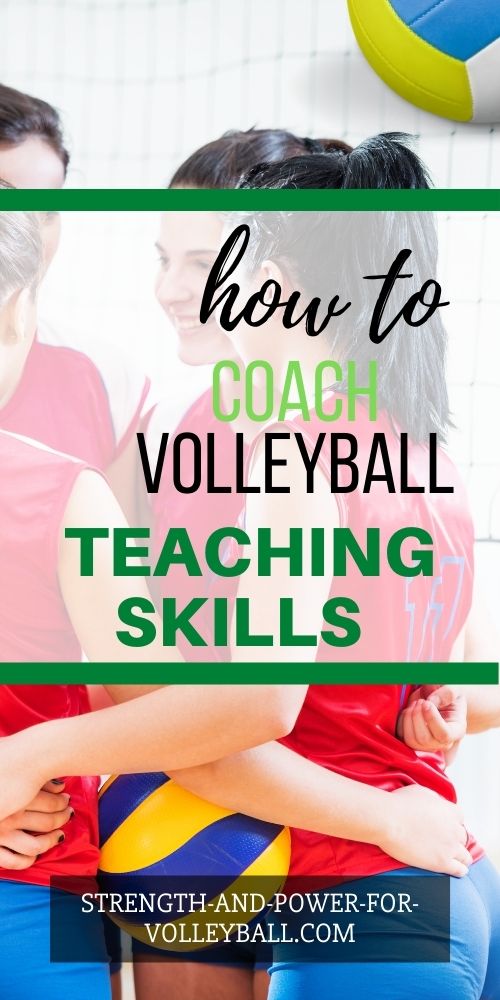