To be an effective blocker, you need to stay in a balance position ready to anticipate.

Good blocking volleyball skills consists of moving into good position to jump up and penetrate the net with your hands and arms to deflect or block your opponents attack.

Keep hands up and feet ready to move

You want your hands up rather than at your sides so that you can quickly get them above the net to block. Also, by having your hands up you are less likely to brush your hands with the net as you jump up.

Two step lateral
To perform this move, you basically start by jumping laterally off of one foot. To move to the left, take a big step (or jump) to your left foot. Follow with your right foot, land, and jump straight up.

Three step crossover
This is to travel a greater distance sideways at the net. To move left, take a step with your left foot, then cross your right foot over in front of your body (your body is now sideways). After you have planted the right foot, turn and face the net. Jump straight up to block.

Practicing blocking is often left out of practice. Players often are left with great potential for improvement. Teams can take over a match with good blocking much like a good server can with their serving.

Dont swing your arms
When raising your hands above the net, don't swing your arms towards the net. This will make timing the block even harder. It is also more likely the ball will be hit off of you because your arms may not be in the right place.

Hands position
Your fingers should be spread as wide as possible when blocking. By spreading them wide you cover more area and help tense them up which makes them stronger for blocking. Strong tense fingers prevents jamming or injuring your fingers during blocking.

Teams that have good passing skills will often try to execute a quick offense. It's important for blockers to communicate their blocking responsibilities before the serve.

Identifying the front row players and setter
As a blocker, you need to know who the possible hitters are. You also need to know if the setter is front row or back row.

A good setter can often draw blockers to them, making the blockers think they need to defend the setter's attack. If you know ahead of time where the setter is on the court (front row or back row) you will know when you need to be prepared to defend a setter attack, and when to ignore the setter and stay with the attackers.

Often a team designates one of the front players as the blocking captain (usually the middle blocker) to facilitate communication.

Examples of call outs by blockers before the serve are...

Also, you can call out numbers...

Calling out the setter and hitter's is an effective blocking strategy that will better prepare your team for playing defense. Effective communication skills are the volleyball skills that often separate the best teams from everyone else. 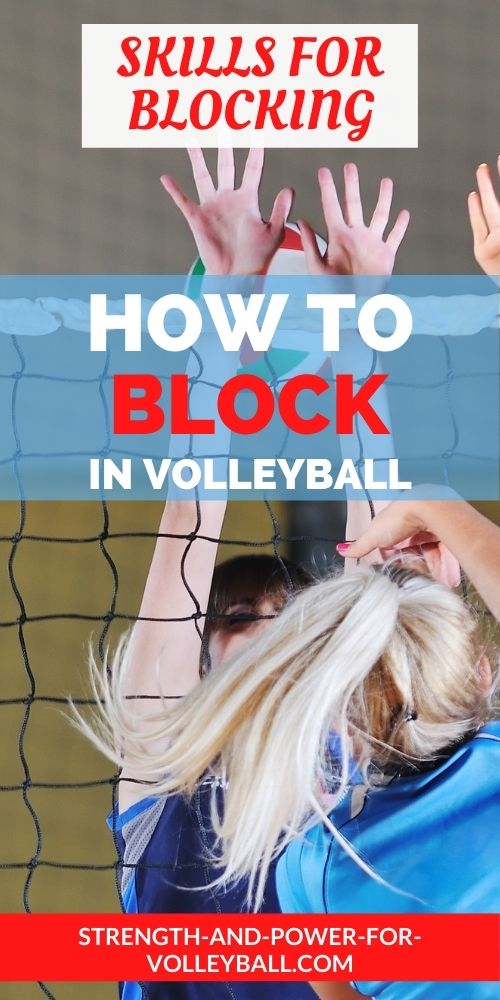