Timing for the volleyball spike approach is a skill that can be taught and many coaches don't look at it that way.

You likely have had players ask, "When do I start my approach?"

Timing your hit is a skill, and like all other skills in volleyball, it can be developed.

The following is a unique method for teaching timing.

Before using this system, players should have a consistent 3 or 4 step approach with good arm swing mechanics.

This method can really reduce the frustration players have when first learning how to play.

The following progression works well for teaching the timing of all types of sets, especially quick attacks where timing is critical. 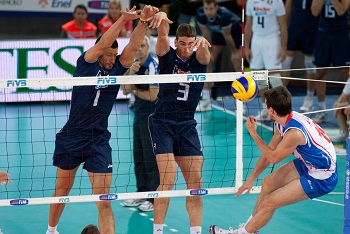 Step 1, Show your players the net is NOT an obstacle

It's important for players to realize the net is not an obstacle. You can do this by measuring how high above the net the spiking hand is in relation to the top of the net.

A player that has good timing is contacting the ball at the peak of their jump with the arm fully extended.

First, measure each players approach reach height. Then measure the length of their hand from the middle finger to the base of their palm at the wrist.

Then subtract the hand measurement from the reach measurement. Then show them at the net where their entire hand is in relation to the top of the net (not just the tip of their fingers). By showing them, players quickly realize how high they actually are above the net if their timing is right.

Teach the players to control the ball with two hands at the peak of their jump.

The purpose is to introduce the idea of timing the approach and making contact with the ball at the highest point.

For this step, players can approach an high outside set and catch the ball at their highest point or rebound the ball in a setting motion.

Give players feedback on whether they are early or late and also on their body position in relation to the ball.

They should be grabbing the ball at the peak of their jump, not on the way up or on the way down.

Good body position is contacting the ball just in front of the body, not vertically overhead.

It's common for players to learn timing and body position quickly - usually within 10 to 20 repetitions.

Once they are comfortable with the body position and timing, move to step 3.

Step 3, Control the ball with the off-hand

Run a drill where the player is taking a volleyball spike approach and then contacts the ball with the non-dominant hand at the peak of the jump.

This step is important because it familiarizes the player with reaching high with the non-dominant hand before the spiking hand hits the ball.

Many players are told to reach high with the non-hitting hand, but never actually practice doing it.

This step is just like Step 2, except the non-dominant hand extends to the ball, while the spiking hand is back in a cocked ready position to attack.

During this step, the player can extend the off hand to tip the ball into the opponents court.

Again, contact should be made just in front of the vertical line of the body and the coach gives feedback whether the player is early or late or if body position needs to be adjusted. 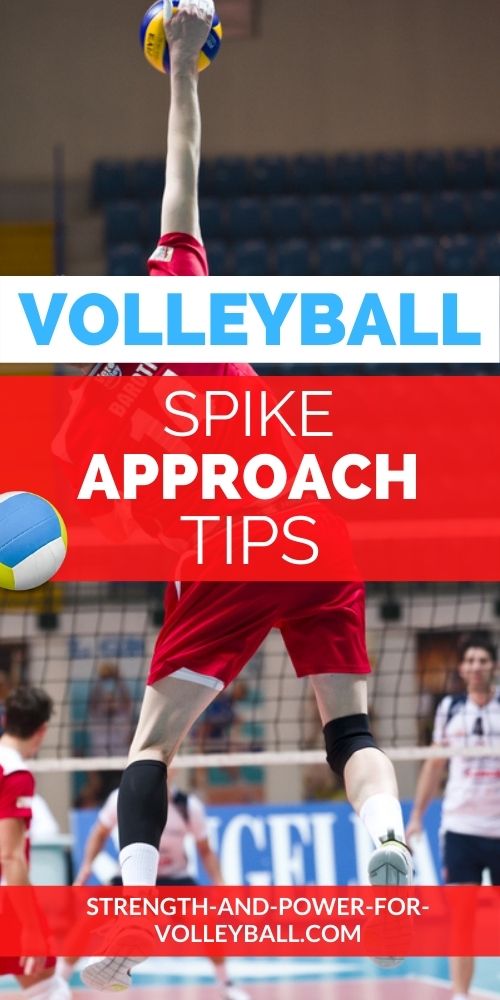 During the first swing, players will sometimes miss-hit the ball because they are eagerly early in approaching to hit. This is a good time for coaches to reinforce being too early or late and also body position.

When a player understands how to time the volleyball spike approach, the frustration will likely disappear and players can attempt attacking with much less mental stress.

Skills for the Attack Hit