Terms for volleyball spikes... Sending the ball over the net with intention to score a point.

Spiking defined as... a basic strategy for scoring points is attacking the ball by hitting an offensive shot attempting to hit the ball in such a manner opponents can't return it.

This is normally done by an attacker jumping up into the air and then hitting the ball in a downward direction towards the opponent's floor.

Attacker
A volleyball attacker is also called a hitter or spiker. An attacker is a player who attempts to hit a ball towards the opponents court with the purpose of finishing the volley and scoring a point for his/her team.

Spike
Hitting the ball at a strong downward angle into the opponents court is called a spike. 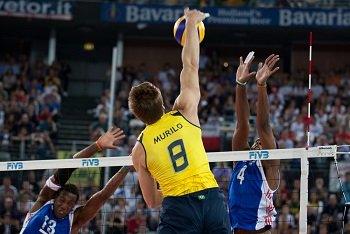 Hard-driven Spike
A hard-driven spike is a hard hit ball that travels forcefully down towards the opponents court.

Off-speed Spike
An off-speed spike is a controlled spike ball placed in an open area of the court.

Open Hand Tip
Open hand tipping is directing the ball with the fingers when attacking. 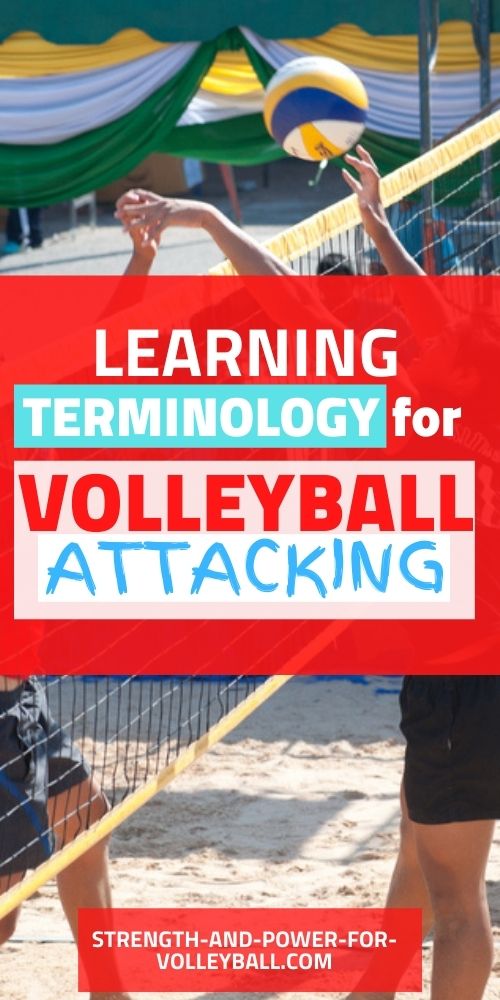 Slide Attack
A volleyball approach that involves a one leg take-off similar to a basketball lay up.

Cut Shot
A cut shot is a spike that's hit from the hitter's strong side and travels at a sharp angle across the net. A cut shot is like a cross-court hit except that the ball is hit at a much sharper angle. Cut shots are also a much softer hit ball.

Dink
A dink is attacking the ball by legally pushing the ball around, through or over blockers. A dink is a soft shot done by the fingertips used to fake out the opponents. A dink is also called an open hand tip.

Power Tip
A power tip is attacking the ball by pushing or directing the ball with the finger tips. With power tips you have more control over the ball and therefore are more likely to be called for a lift because of the prolonged contact.