Volleyball hitting drills are some of the most fun drills players can do to become better at playing volleyball. When first learning how to play, it's a good idea to train players the correct way to approach, jump, and hit because it's much harder to change habit once it's developed.

The purpose of this volleyball drill is to work on skills for the technique in hitting a volleyball.

Players partner up. Players warm up shoulders by throwing the ball back and forth to one another.

After the shoulder warm up, players start tossing the ball up to themselves and hit to each other.

Players focus on reaching high and snapping their wrist when contacting the ball.

Once players become more comfortable snapping the wrist, they can add in the arm swing.

Also, players can work on bringing both arms up in the air when tossing the ball. So now the player is in more of an attacking position, ready to swing.

Benefits All hitters need to learn to reach high when they hit. If their elbow is bent, they won't hit as high and will be more likely to get blocked. Also, reaching high allows for the hitter to hit more easily around the block. Many players spend hours and hours training to increase their volleyball vertical jump height a couple inches when they could have got those inches by simply changing their arm swing (reaching high).

All hitters should develop a good wrist snap. Perfecting the spike by snapping the wrist, not only does a hitter hit harder but they also have more court to hit into because they can hit at sharper angles into the court. 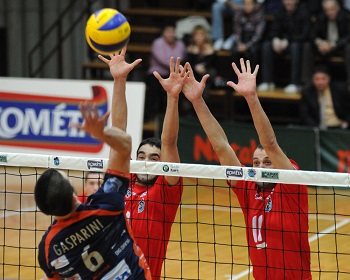 The purpose of this volleyball drill is to work on the technique for the volleyball spike approach. No volleyballs are needed for this drill.

Have the team form a line along a sideline. The first player in line takes an approach to the net. After the approach, the player backs off the net and then takes another approach. This time, the approach starts from a little farther inside the court. The player repeats this until they reach the other sideline.

After the first player volleyball approaches to the net, the next player follows. This continues until all the player reach the other sideline.

Variations Players can emphasize proper footwork. For example, players can work on a 4 step volleyball approach. Players can also work on creativity (experiment with steps, for example 3 steps vs. 4 steps) to discover possible strategies for hitting.

Players can also work on swinging their arms back during each approach.

Benefits This can be done in practice for when coaches want to look at each players footwork while at the same time running a volleyball drill.

Approach Jumps are also good volleyball drills for team warm up for volleyball practices or games.

The purpose of this volleyball hitting drill is to help players improve their hitting by simulating hitting in game situations.

This drill for volleyball needs six or more players.

The coach tosses the ball over the net to a passer. While the coach is tossing the ball, the players at the net transition off, and the setter penetrates towards the net. The setter then sets the passed ball to any of the three attackers, who then attack the ball.

Players rotate positions after every rally.

The hitters and setter must return to defensive position after every hit.

Benefits This volleyball hitting drill can be used during pre-practice warm up and even part of pre-game warm up.

This volleyball drill is great for setters working on footwork when releasing to the net. This hitter drill is also great for attackers to work on their footwork for transitioning off the volleyball net. 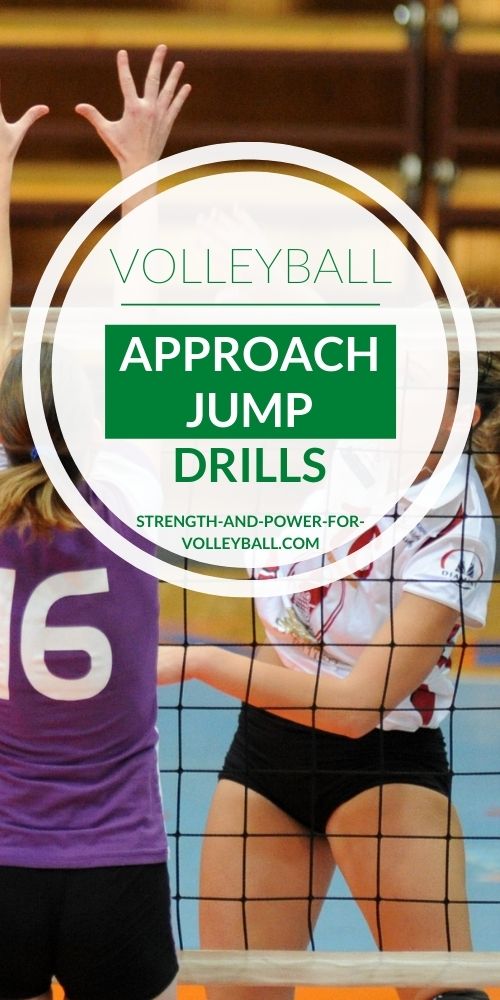