Basic Skills of Volleyball
Learning to Read the Opponent

Of the all the basic skills of volleyball, anticipation is probably the most important.

The Skill of Anticipation

At one time or another, I'm sure you heard a coach say, "Positioning is everything".

And we all know how important it is to use good technique to get in position.

What about anticipating your opponent?

Is it important to anticipate in volleyball?

As your ability to anticipate improves, the game of volleyball becomes a lot more fun and interesting.

What does it mean to anticipate?

For example, a libero that always seems to be in the right place to dig is a player that reads the hitter very well. This highly skilled defensive player will know where the ball is going to be hit much earlier than most other players. 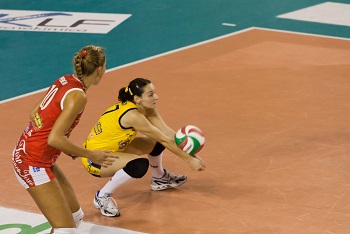 Great defenders are also great at knowing what area of the court to give up and what area the ball will likely be sent to.

It may appear the defensive player is all over the court when in reality the player is just giving up what is unlikely to happen. Great defenders will seemingly cover the entire court, anticipating the play.

Anticipation skills can be developed at all positions.

It's important to realize anticipation skills aren't just for playing defense and passing.

A setter needs to anticipate the ball coming from a passer.

Not all passes are going to be good, so the better a setter is at anticipating the pass, the better the setter will be at getting in position. 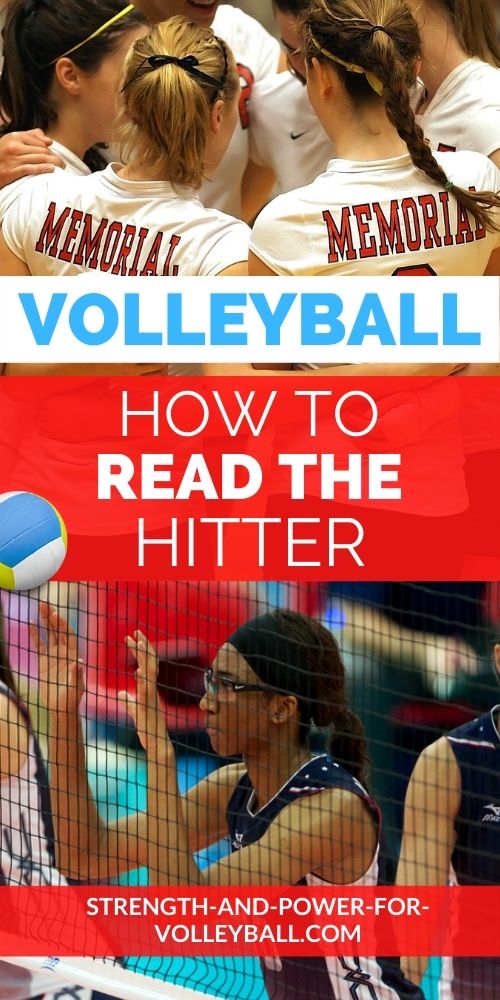 A hitter needs to anticipate the ball coming from the setter

This is probably the most underused anticipation skill in youth volleyball because many coaches over emphasize where the ball needs to be set and blame the setter for poorly set balls.

To improve the basic skills of volleyball, the hitter needs to realize it's possible to read the setter.

Practice reading the setter, predicting where the ball is going to be set.

Great hitters will seem to possess the ability to hit any set. This is because of constant practice of reading the setter and having the mindset to get in position no matter what and not whining about the set.

Passers need to anticipate the server.

Most servers have a favorite serve or like to serve to a certain spot. Watch for these tendencies and use them to your advantage.

You can also watch the arm swing to help predict where the serve is going.

For example, if the ball is contacted back behind the head, the serve will likely go up and short over the net. If the contact is more out in front, the ball will likely travel lower and more straight across the net.

Most players are fairly predictable.

Not only is it a good idea to watch for opponent tendencies, but also learn the tendencies of your teammates. Watch for what your teammates tend to do in certain situations and be ready to help out. For example, if you have a teammate that gets blocked every time the ball is set tight to the net, be down and ready to cover. Or if a teammate is struggling passing, be ready to help out the setter to play the second ball.

Many rallies would last longer if players would just do a better job of anticipating teammates.

Is it even possible to teach anticipation?

Obviously you don't want to train your players to not anticipate on purpose.

But I believe if you run drills a certain way, you will actually help train the mind to focus on the opposite of anticipating.

Momentum is in everything, so if your team has been performing drills without emphasis on anticipation, don't be surprised that they can't just "turn it on" when it's time to play.

Anticipation skills are important for executing the basic skills of volleyball.

The following are 3 ways to run drills that keep players from learning to anticipate.

This is a list of what not to do!

But the fact is, improving anticipation isn't easy and is something you can always improve know matter how skilled you are, so the sooner you start the better.

Teaching the Basic Skills of Volleyball Vs. Playing Games and How Anticipation Factors In

You likely have seen coaches run practices where it just seems like all they do is play games and do the same random fluff drills.

You know how important teaching skill is and you don't understand why coaches don't spend more time focusing on techniques.

I think the reason teams can get away with not specifically training to improve skill is because there is a large anticipation component to playing games.

Reading and anticipation is critical for learning the basic skills of volleyball.

This is not to say that the way to go is to just focus on improving anticipation.

When thinking long term, it's your level of individual playing techniques (passing, setting, hitting, etc) that's going to be the biggest factor when it comes to meeting your potential, while the skill of anticipation is an important attribute to technique execution.