Basic rules volleyball and the object of the game and how to keep score.

Start with the Basics

If you're new to volleyball and unfamiliar with the rules, you can easily become overwhelmed and frustrated by them.

On the following page, we take a look at some of the more basic rules.

A basic volleyball match consists of 6 players on each side of the net.

Play begins when a server stand anywhere behind the baseline and hits the ball over the net to the opposing team.

The opposing team can then use three contacts to return the ball across the net.

During those three contacts, a player can't tough the ball twice in succession.

Teams may choose to use fewer than three contacts to return the ball, but at the advanced levels of play, teams generally use all three.

The first contact is a pass toward the net. The second contact is a set by a setter to an attacker. And the third contact hit across the net. 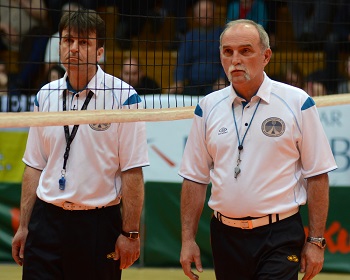 At the advanced levels of volleyball, players have specialized roles, and player's switch to those positions after the service contact.

Coach's have players move around to take advantage of specific skills they have that give the team a better chance to score points.

One exception to moving players is that player in the back row cant' move to the net to block or attack a ball in front of the attack line.

Every play ends with one team wins a point. A team doesn't have to serve the ball to record a point.

Plays also end when the referee blows the whistle to make a call regarding a violation.

If the team that didn't serve wins the point, each player on that team rotates clockwise around the court after they win the point. The player in the right back position gets to serve the next ball.

However, if the serving team wins the point, the players on that team remain in position for the next point, and the player who delivered the serve does so again to start the nest rally. 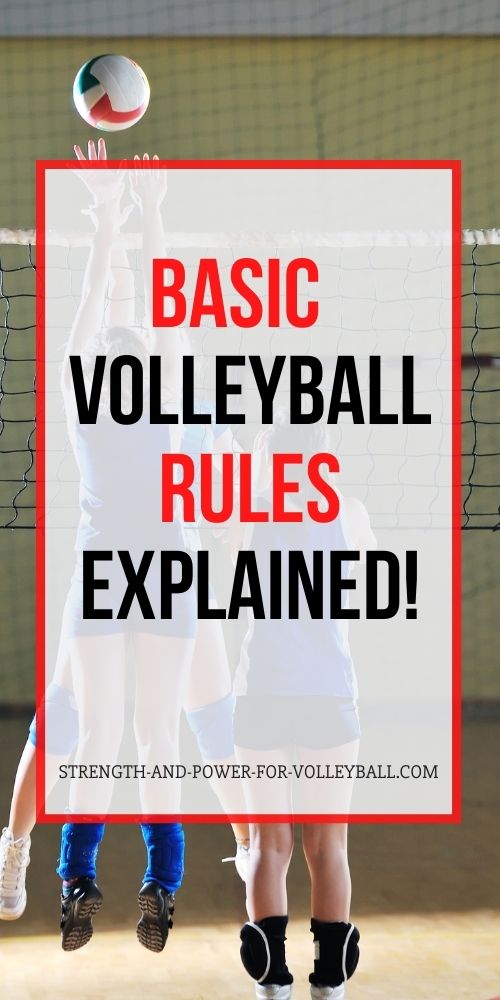 Teams submit lineups before each game. The order of this lineup is the rotation order that the players must maintain throughout the game.

The following are some basic rules volleyball violations.


Basic Rules to Strength and Power for Volleyball