Beach volleyball history and where this great game first started.

In 1983, the AVP (Association of Volleyball Professionals) was created. The AVP consists of the best pro beach volleyball players in the U.S.

On May 31, 2001, the AVP was reorganized and led by Leonard Armato along with his company, Management Plus. Armato united the men and women players of professional beach volleyball together into one organization. The new Association of Volleyball Professionals Tour has grown and capitalized on the fact they have one property that could maximize sponsor dollars, marketing opportunities, media coverage, and prize money.

Today, the AVP stands alone as the only pro beach volleyball tour in the country and has a cooperative relationship with USA Volleyball and the Federation International de Volleyball (FIVB). 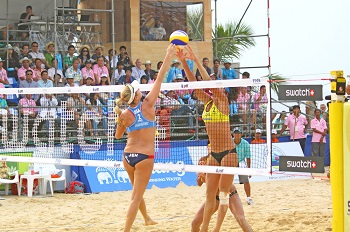 The Future of Beach Volleyball

In the 1920's, people start playing volleyball on the beaches of Hawaii. Also, many people say volleyball started in Santa Monica, California where they first started playing 6's on the beach.

The first Manhattan Beach Open in beach volleyball history takes place in 1960. In the 1960s, Open tournaments are held on thirteen beaches in California.

In 1975, a tournament is held in San Diego, California. The tournament has 250 fans and $1,500 in total prize money. Dennis Hare and Fred Zeulich win the tournament.

In 1983, $137,000 in total cash prizes is awarded for 12 tournaments. The AVP is formed on July 21, to protect players' interests and to preserve the integrity of beach volleyball.

In 1984, the AVP Players go on strike. The AVP begins running its own tour. In 1985, the Bolle Sunglasses become a major AVP sponsor. The total tour prize money reaches $275,000.

In 1986, AVP Pro Beach Volleyball receives cable television coverage and is shown for the first time in beach volleyball history on ABC's Wide World of Sports. 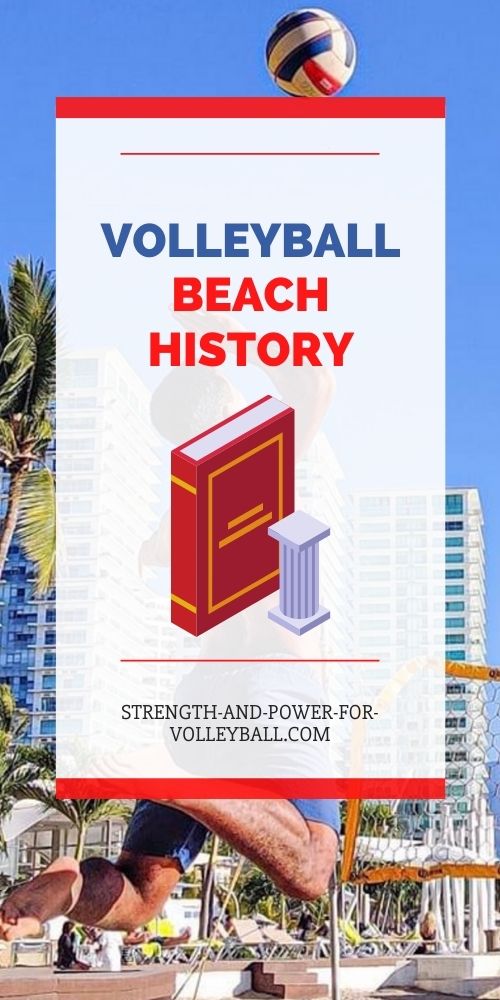