This drill is for beginning volleyball players. This volleyball drill requires two players.

One player tosses an easy ball to the other player to pass. This should be done for a specific number of repetitions and then the players switch rolls.

Players focus on passing to each other with proper passing technique.

Variations
After players have become comfortable passing off of a toss, players can now try to continuously pepper the ball, passing the ball back and forth to one another.

Benefits
When first learning skills for passing, it's important to start out passing a ball that's being tossed to you because its the easiest ball to pass. You know the ball is coming right to you and so you can concentrate on good passing form. 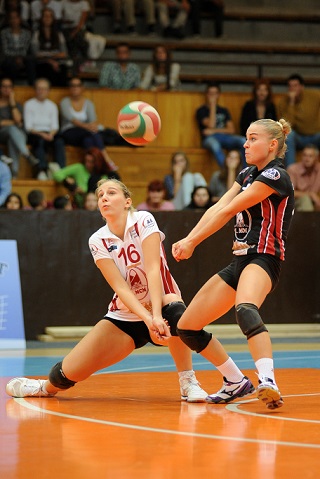 This drill requires only one player, a ball, and a wall.

Pick a spot on the wall to hit to. Toss the ball to yourself and try to hit the spot. Focus on using proper arm swing technique.

Variations
One variation of this volleyball drill is mimicking serving technique. Toss the ball up, take a step, and try to hit a spot on the wall.

You can also mimic hitting skills. Toss the ball up, bring your arms up in the air, and then swing as if you were an attacker. You can angle your hit so the ball bounces off the ground then wall so it will rebound right back to you for another repetition.

Benefits
Hitting against a wall is a great way to work on armswing. This volleyball drill is also great because you can do it by yourself. 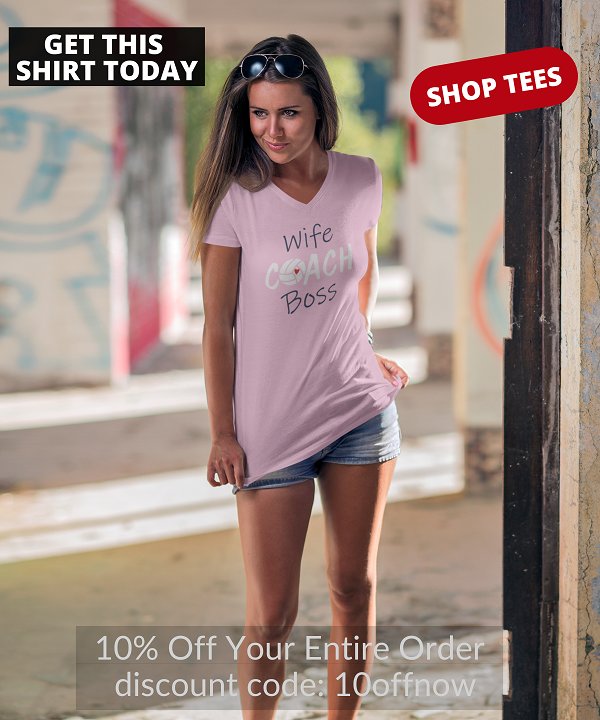 The purpose of wall blocks is to train players to block without brushing the net with their arms on the way down after a block.

SIDE BAR
Both Wall Hitting and Wall Blocks are beginner volleyball drills that can be done alone. It's important for beginning players to realize there is a lot they can do on their own to make themselves a better player.

This is a good drill for developing consistent setting skills through repetitions setting. Have two players set back and forth to each other over the net.

If a player can't get to the ball with their hands, they should bump the ball up to themselves and then set the ball over.

The object is to keep the ball in play as long as possible.

Have players get into 2 lines facing one another. The players at the front of each line pass the ball. After a player passes, the player goes to the end of the line.

Variations
This volleyball drill is usually done for a certain time period. The drill can also be done by counting each good pass.

Benefits
Players can count out loud each good pass until they reach a goal. This makes the drill more interesting and makes players focus on their passes because only good passes are counted.

This drill is for beginning servers. This drill requires two players. One standing on each side of the court.

The players take turns serving to each other.

First, start serving inside the baseline so you are close enough to get the ball over the net. Try to serve to your partner.

As serving skills develop, gradually back up until you can serve from behind the baseline.

Variations
Beginner volleyball drills can be done with multiple partners serving to one another at the same time.

As players have advanced to serving beyond the baseline, servers should work on serving to their partners standing in different areas of the court. 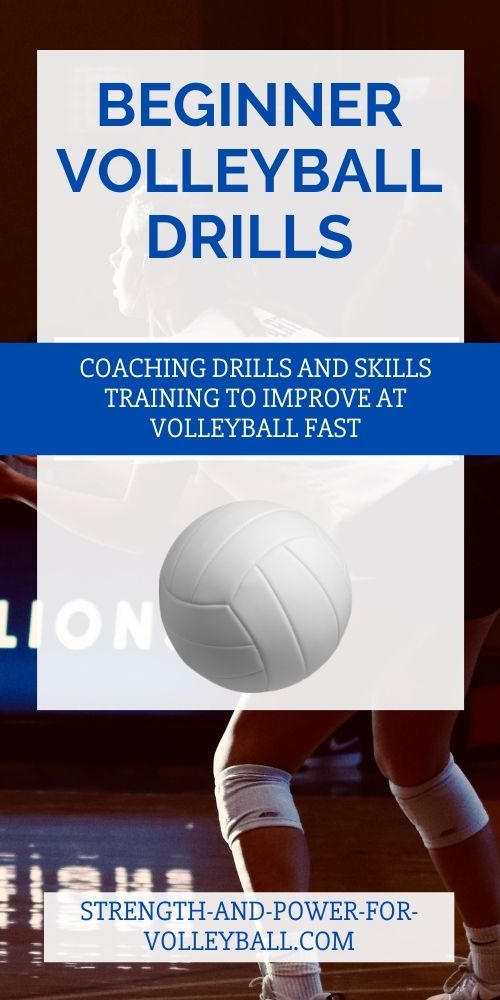