How to score subs, time outs, and sanctions in volleyball

USAV scorekeeping tips for recording subs, time outs, sanctions and what to fill in at the end of a set.

See the numbers of both the incoming substitute and the player leaving the court. Always try to see the players numbers to enter them correctly on the scoresheet. Wait for the second referee to whistle the substitution request.

In the total team substitutions box, slash the appropriate number showing how many subs that team has taken.

When all the information for the substitution is recorded, give the ready signal to the referees.

In this example, TORPEDOS are ahead 6 to 3.

#6 subs for #4 for TORPEDOS. Slash 6 for 4 on the scoresheet. Write 6 and then 3 in the substitution box. Be sure to write the score for the substituting team first. Last, slash the 1 in the total team substitutions. After you have done these 3 things, give the ready signal to the referees.

In this example, when 4 comes back in the game, 4 must replace 6 or whomever is in this IV position in the scoresheet.

If this player tries to come in for any other player, let the referee know this is an illegal substitution.

After entering the scores, show the number of time-outs taken by each team to the referees.

The first time-out was taken by the team on the right. The score was 5 to 5.

At the bottom of the scoresheet is the sanction and remarks section.

Sanctions section will be used when an individual or team sanction is assessed by the first referee.

Remarks section is for anything unusual that occurs in the match.

In this example, Team A received a delay sanction. Slash the D in the warning column. Write an "A" in the team column. Write a 1 in the set column since the warning took place in the first set. Write the score at the time the delay was assessed. Since team A had 6, you write their score first.

When you need to record anything in either of these sections, the referee will assist you with the information needed.

USAV Scorekeeping - End of the Set

Next, cirle the last exit score for both teams. In this example, circle 25 for BLAST. Circle 23 for TORPEDOS.

Next, hourglass the unused points in the running score columns.

Enter the winning team name and their score.

Enter the losing team name and their score.

Next, check over the scoresheet and make sure you have completed everything.

Remember to hourglass the unused points in the running score column. Also, don't forget to circle the final exit scores.

Last, make sure you have entered the correct winning team.

Once you have completed checking the sheet, sign your name.

Now, you can start preparing the new scoresheet for the next set. 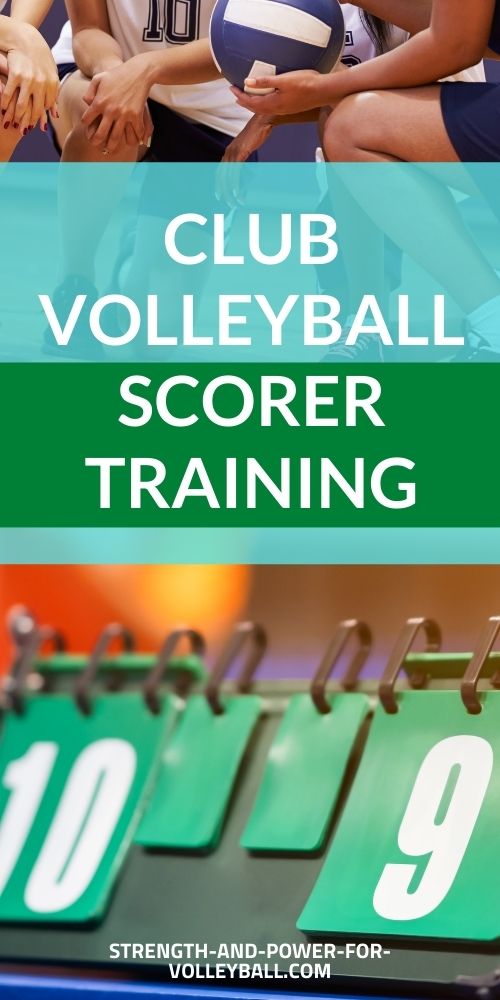