Kerri Walsh is likely on her way to becoming the best female beach volleyball player of all time.

She has been the top-ranked player each season she has played domestically.

Together with beach partner Misty May-Treanor, Walsh and May are one of the most famous beach volleyball teams in the world.

Walsh was a member of the United States National Volleyball Team for two seasons (1999-2000) and was a right side hitter on the 2000 Olympic Team, helping the team place fourth in Sydney.

A day in the life of Kerri Walsh Jennings...

I grew up playing soccer baseball and basketball with the boys. Volleyball was the first girls sport I started playing and fell in love with it on the first day I played. I really just want to be the best player I could ever be and I'm not just there yet.

There is still more inside of me. To be a great athlete you have to be nimble and adaptable, much the same as being a parent. My husband and I really want our kids to get good habits from us, so we try to practice what we preach. As athletes we feed our body’s all for performance so we have to start the day off right with a healthy breakfast. 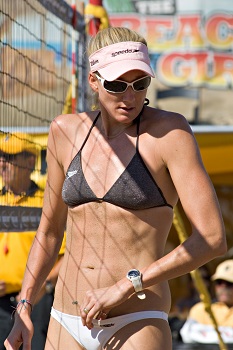 Walsh at the Net

A Star at Stanford
Before graduating from Stanford University with a BA in American Studies, Kerri enjoyed a successful collegiate career winning a National Championship, the Player of the Year award, and First-Team All American honors.

She comes from an athletic background as her mother was named two-time MVP in volleyball at Santa Clara and her father played minor league baseball for the Oakland A's. 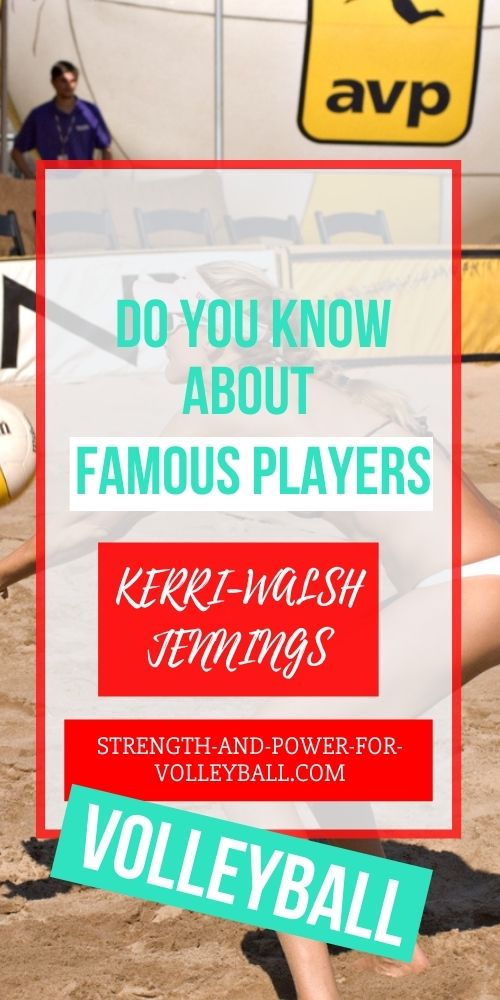 Today, today, today is what matters. Take advantage of it, make a difference, smile more, work harder; it will pay off.

Favorite advice for the beach, Play dirty and be ready for anything, from Butch May.

Dane Seznick comments on Kerri and Misty dominating the beach...

"Overcoming adversity is right up this duo's alley...they're probably one of the best teams I've ever seen at staying together when things get a little bit tough."