Team volleyball drills are drills that teams perform to learn how to play better together and fine tune skills in a more game like situation.

This drill involves 2 hitters, a setter, and everyone else playing defense.

This volleyball drill takes place only on one side of the court.

The setter can always start in the middle at the net as each defender is making a play. The hitter's stay on each side of the setter, ready to be set. The hitters are just standing on the ground when hitting. No need to jump and hit. Like many team volleyball drills, the purpose of this drill is to learn ball control by performing game like actions.

Benefits
This drill is often used as part of pre-match warm up. You will often see coaches as the hitter in the drill, hitting and tipping to the defense.

Because of the potential for all players being active and moving at a fast pace, this drill can be used effectively as part of team conditioning.

Like many team volleyball drills, this drill can be done with any number of players. If you have more than six players, the players playing defense can easily alternate with one another. For example, after a player makes a defensive play, the next player in line rotates in. 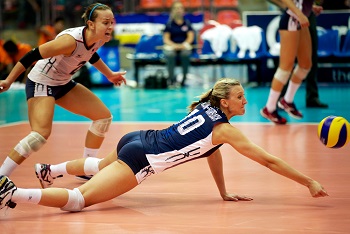 This is a variation of the team pepper drill. The goal is to keep the ball in play as long as possible.

This is a great volleyball drill because every player making a play has to really focus on how they play the ball.

For example, every time a hitter hits the ball, they need to focus on hitting the ball in a way that is easiest for their teammates to pass.

Same with tipping. You dont want to disguise the hits and tips because you want the ball to be played in the easiest possible way. This is often very challenging for players that havent done this before because most players havent done anything where they have to focus on hitting with control.

It's good for players to know what it's like for their opponent to serve them every ball, over and over again.

Team volleyball drills such as Black Sheep are great for working on both serving and passing skills. The server is working on learning how to discover a passer's weaknesses. The passer learns how to concentrate on passing when being picked on.

If they shank a pass, they know another ones coming so they better be ready. Getting served all the time helps the passer develop the mental toughness that's needed for when it's time to step up and make good passes. 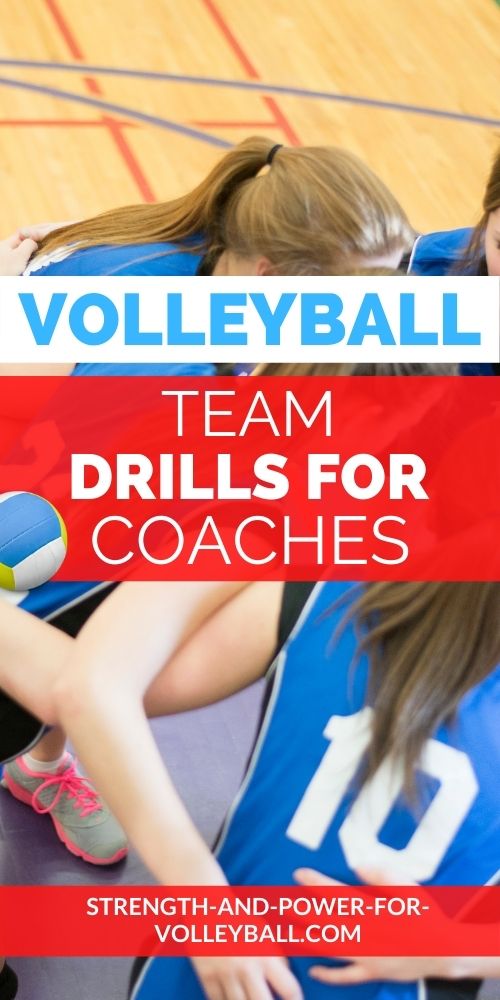 Setters can often get caught cheating to the net, leaving early to go set in transition. This drill is for training setters to get in the habit of playing defense first.

This volleyball drill needs six players on each side. The coach tosses the ball to the side opposite the setter and the volley is played out.

Every time the hitters hit, they attack so the setter is force to make a defensive play.

For example, if the setter is playing defense in the right back position, the left side hitter attacks the ball down the line or tips the ball over the block so the setter must make a play. Right side players hit hard angle, cut shots, or tips in the setters direction.

This drill is great for the whole team. Hitters can be creative with their attacks by working on forcing the setter to play defense first. The setter's teammates are repetitively forced to learn how to adjust the team's offense because of the fact their setter is taking the first ball.

Players are often caught running to make a play on the ball. A run through is a player making a pass while "running through" the ball. This is often done when having to pick up a short shot or tip. A common technique for a run through is the "j-ball".

The j-ball is where the player bends the elbows as they make contact with the ball, to j the ball up. J-balls are a real common technique for when playing short shots or balls close to the floor.

You need a target and player to hand a ball to the coach. All the rest of the players form a line in left back defensive position. The coach stands on a box at the net, directly in front of the players, on the other side of the net.

There should be a flow to most team volleyball drills. Passer moves to target. Target moves to coach and then after the hand off, the passer moves to the end of the passing line.

This volleyball drill should also be done on the right back side of the court for learning how to j-ball.

The coach can mix up hard hits with tips to help players learn to react and keep them from cheating forward.