Ever wonder about what volleyball personalities make up the most successful athletes? Which are easiest to coach? The hardest to train?

As a coach, you should respect each player's personality.

As a volleyball coach, you must discover your team identity and figure out how you can take them to the maximum of their performance in a very positive group environment.

The first step in this process is to learn more about each one of the players. It's best to have an open conversation with your players in your first days of the beginning of the season.

Learning more about their personal life will help you understand their game personality. Be careful not to interfere too deeply in their problems to avoid conflicts in your relationship, but always warn about specific behaviors.

If a youth volleyball player is well assisted in her first years participating in volleyball, and the experience becomes positive, it's very possible the child will develop and accomplish goals because the motivation was created. 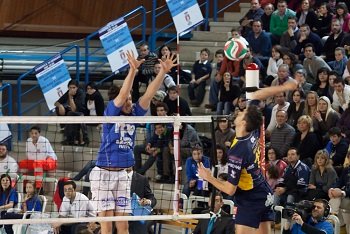 Through their environment, players acquire a perception of what's right and what's wrong, and this perception is based on emotions. These emotions dictate the way they act, think, and respond to pressure situations.

One of the duties of a volleyball coach is to analyze volleyball player personalities. You will encounter some different personalities and knowing how to deal with them can give you the possibility of easier control of the group. You must respect each one of them and identify the adequate approach to avoiding situations of argument or discipline when necessary.

The following are some common personality types...

Feelings are easily hurt, and she becomes defensive when exposed to situations which could embarrass her. The necessary corrections or comments must be done individually and in private.

Her reactions can be unexpected. The volleyball player doesn't consider the consequences of her behavior. A good way to control this kind of personality is by giving her some responsibilities during the game, even the captain's role if the player has enough leadership and respect. This will promote the opposite effect in that she may become more cooperative.

She will do anything possible to achieve her goal. She has a very important role in the success of the team, but becomes extremely depressed if success isn't achieved. Constant conversations and team meetings can facilitate this kind of personality to share the task of good performance among the group.

The personality that doesn't accept any mistakes, is always right, and normally lays blame on someone else. This personality has extreme influence from the environment, especially if the family or previous coaches have always referred to winning as the most important goal, neutralizing the option of learning from mistakes.

These personality types are important to mention. The goal of the coach is to mix volleyball player personality in a way that creates the right mix of chemistry, creating a balanced team. 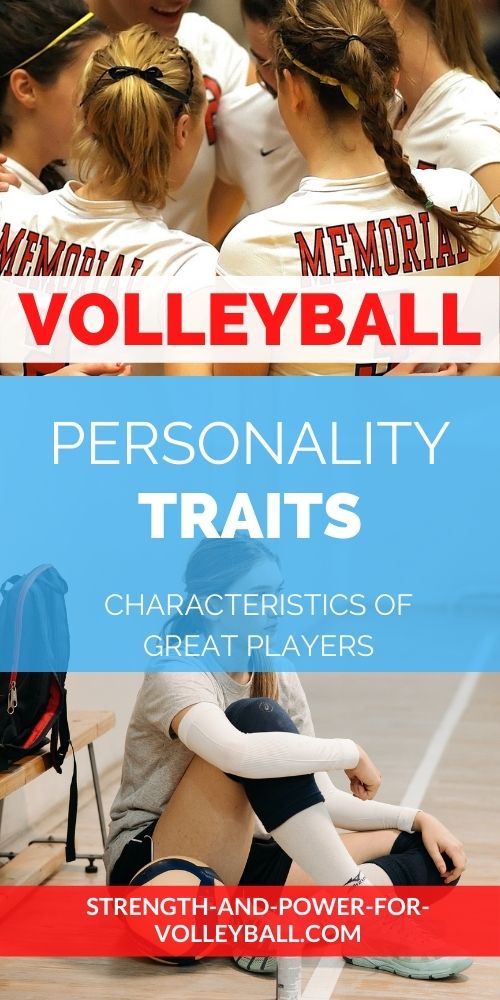 As a coach, it's better to communicate with this type of player in privacy to get the desired results. Never criticize this type of personality in front of a group or call out their name during the game. Introverts usually don't make the best captains because of the lacking communication skills.

Extrovert
A extrovert is the opposite of the introvert. This type of personality is outspoken and needs to share her opinion. An extrovert is often critical of his performance and also critical of teammates. This type of personality usually takes the leadership role and likes to be in social situations. This person usually has a high level of perception and is suspicious of other peoples attitudes.

You can use extroverts in practice to demonstrate volleyball coaching points, but don't overdue it. Always establish goals for them for each game and challenge them to perform their best. Extroverts can lose their composure in pressure situations so always analyze their mood before you approach them.

How to Coach Volleyball